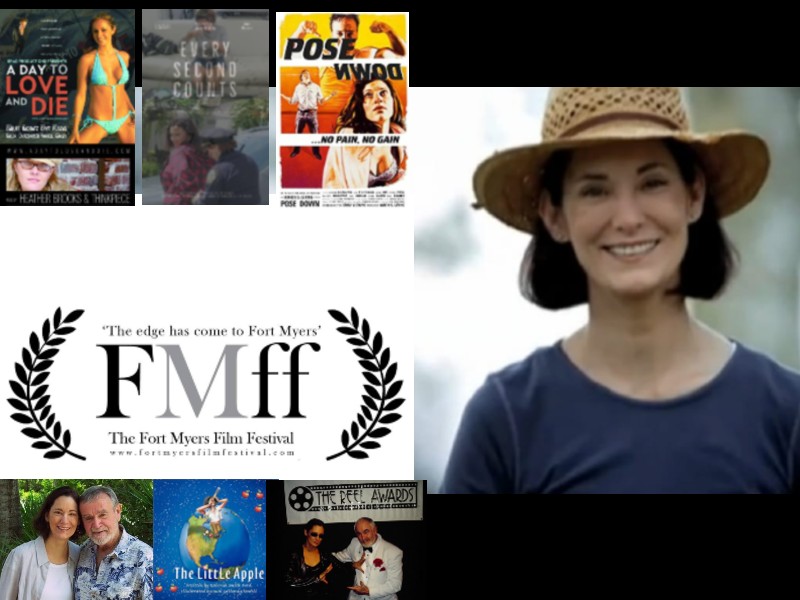 34 time Award Winning American Actress Deborah Smith Ford in 3 films up awards at the Fort Myers film festival May 2021 and we have the latest details for you today!

Ford was born in Sodus Upstate New York. Growing up on an apple farm in Wolcott, NY, gave Deborah her inspiration that led on to what she had accomplished in her life from family to her well very known book series “Allie’s Adventures” including the first book “The Little Apple” of Allie’s Adventures. With over 60 film credits, Deborah Smith Ford is continuously making her mark in the entertainment industry and always being honored for her work in film projects. Deborah Smith Ford’s career so far consists of teaching, writing, modeling, dental and veterinary assisting, missionary work, acting, celebrity impersonating, and authoring a book series. Many of her entertainment projects have been award-winning.

Ford is in three of the films accepted by FMff.

FILMS UP FOR AWARDS:

Two of the films are throwback feature films shot in 2005, but the latter was shot in 2020-2021. One can check out the festival on Facebook or at their website FortMyersFilmFestival.com.

FMff: “You are invited! Join us for the 11th annual Fort Myers Film Festival to be held May 12-16 in Fort Myers, with tickets on sale now.” http://ow.ly/ZEqz50EehzX

This time I think I broke my own record, as I’ve never been in three films at the same time in any one festival. In addition, I have been fortunate to have been a part of several films and attended film festivals all over the country. In doing so I’ve been blessed to make many friends.”

Some of Ford’s fellow actors who have been part of “Every Second Counts” are Jeff Frey, Becky Brown, Dr. Joe Reyes, Mario Maturo, Rose LaRue, Cassidy Reyes, and others. Ford and friends are members of UFTA.us (United Film & Television Artists).

Ford’s latest endeavor has been the addition of the sixth book to her Allie’s Adventures book series. It’s called “Allie’s Movie Adventure” and can be found on Amazon and her website AlliesAdventures.com.

Two new Allie’s books are in production. One is on farming and gardening, and the other one is a surprise!

In addition to authoring books, Ford is currently writing short stories for Kindle Vella. Kindle has not yet released their authors’ stories to readers, but when they do one can find Ford under entertainment and farming/gardening. New topics by Ford will surface in the near future.

WHAT YOU DIDN’T KNOW ABOUT ACTRESS DEBORAH FORD SMITH

Deborah Smith Ford has been on the Judges panel of beauty pageants in NY and Florida.

In September 2021, Ford hopes to attend the Sunburst Convention of Celebrity Impersonators held in Orlando, Florida. This will be Ford’s 16th attendance out of 17 Sunburst conventions.

However, one year Ford attended Sunburst online from a dairy farm on a Fjord near Oslo, Norway. She was there with her husband and several others who were involved with the feature film project, “Beowulf: Prince of the Geats.” She portrayed Helldam and was in Norway with other cast and crew for promotional reasons. It was in the same area they had previously shot some of the film’s scenes.

Discover more of her entertainment credits on IMDb. A few of her latest film and TV projects include “Love Song & Power,” “Nudi on the Beach,” “listen like it’s GOSPEL.” Stevie Kinchen is the author of the book “Love Song and Power” of which the film was inspired.

Ford, “I’ve been blessed to be a part of all these projects over the past few decades and recently more so. It’s been an honor to work with Get TV Live and Indienink Music featuring Prana Songbird as vocalist with Richie Sambora at guitar and writers Sambora and Thomas Marolda…it ain’t over yet!”

Another of Ford’s projects that is coming up soon is with Captain Carl “Fizz” Fismer. Fizz is an underwater treasure hunter who has been on a variety of TV shows, treasure hunts at sea and is in two of Ford’s books. Ford and Fizz are in pre-production on a current entertainment project soon to be underway; it will be revealed when it “goes live.” Learn more about Fizz at his website or just Google him!

Follow all on social media and the following links: