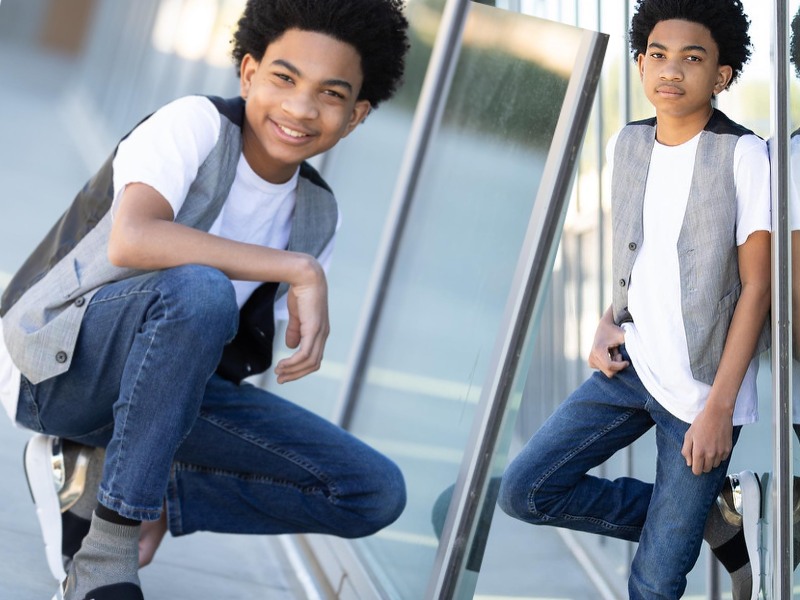 You may have seen Actor Andre Robinson on popular networks like Disney, Netflix or Nickelodeon. Andre is one of the hottest young teen actors rising to success in the entertainment industry! Andre Robinson is known for his roles in the popular shows The Loud House (2016), Niko and the Sword of Light (2015) and Doc McStuffins (2012) ! Now Andre is apart of a new film project titled ” Cheaper by the Dozen” and yes that name might sound familiar to most movie lovers. Although not many details can be revealed as of now, Andre Robinson has confirmed with us he will be apart of the film and by viewing IMDB filmography, there is also another very well known famed talent attached to the project and that is Gabrielle Union! Read below as we have an exclusive interview with talented Actor Andre Robinson:

Q : Andre, at such a young age you’ve already been apart of many different film projects from Nickelodeon to Netflix. How did you get started in the entertainment industry?

Andre Robinson – A: When I was 6 years old my mom quit her job to care for me full time. Our friend managed kids in the entertainment industry and my mom now had the time to let me try it out (her idea, not mine)! One month after securing an agent in 2011, I booked my first movie called “Khumba”! I was the voice of a baby meerkat. I loved voiceovers and acting and never wanted to stop! My mom would always say to me, “When you’re done, I’m done.”  The decision to continue acting or stop was entirely up to me and I definitely chose to stay.

Q: Can you share with us what is one of the most memorable moments you have during filming?

Andre Robinson – A: The most memorable moment was actually during a recording session for the movie, “Fences” and Denzel Washington walked in to work with us! I was in awe because he’s one of my top role models in the industry. I’ve even memorized his 2015 commencement address at Dillard University entity, “Put God First.” I was so honored and blessed to work with him on his project. I still can hardly believe it!

Q: We saw on IMDB that you’ve been listed in ‘ Cheaper by the Dozen’ movie. Can you give us an official confirmation of your role in the film?

Andre Robinson – A: I was honored to book this job in 2020. but it was delayed due to CoVid. Thankfully, we are currently filming. However, I cannot disclose any details to date.

Q: What was it like going to the 40th annual Young Artist Awards and what award do you strive to earn in the film industry ?

Andre Robinson – A: Oh my goodness…it was electrifying! I was nominated for Best Teen Voice Actor for my role as Clyde McBride in The Loud House on Nickelodeon. I was stunned when I won the award! I am so grateful and it was truly an honor being recognized for my work.

Andre Robinson – A: I’m currently filming Cheaper By The Dozen and still recording The Loud House. I also work looping jobs for movies and television shows. In between time it’s been school, school, school! I can’t WAIT for summer! 🙂

Check out Official Sites of Andre Robinson fans can follow