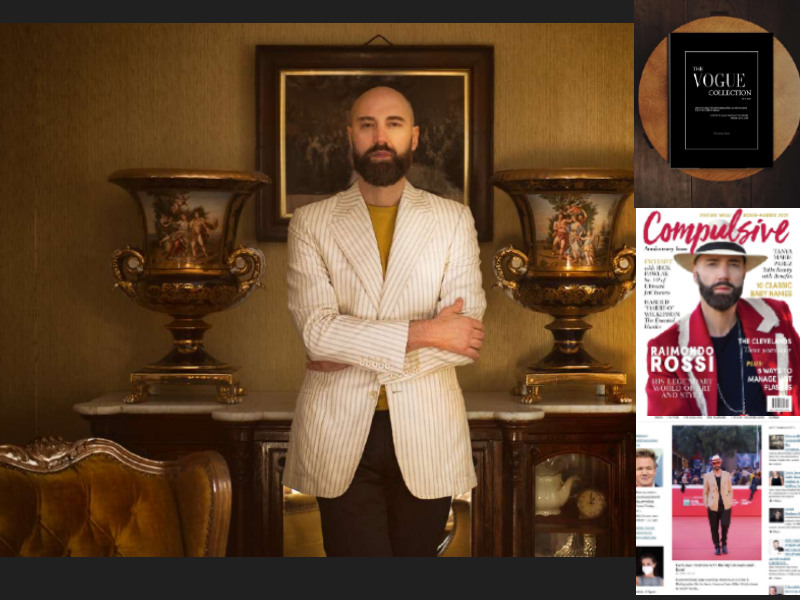 Raimondo Rossi is a Pro Style Icon, Fashion Expert and Photographer. He has been known for his work and photographed by GQ, Vogue and The New York Times. Ray has been selected as ‘ one of the 10 style-icons to watch’ by Swiss NZZ Magazine and has been recognized by Rolling Stone Magazine as ” one of the most original authors in the whole field.” Raimondo Rossi is a true genius on creation and capturing the beauty and art in many forms. Today, we have the latest official news on Raimondo Rossi directly from the stylish source himself, read below.

We have received official confirmation of some great new accomplishment in the recent months!

EXCLUSIVE OUT NOW: ‘THE VOGUE COLLECTION’ – BY RAIMONDO ROSSI

(2) In the last 2 years, Raimondo and Michele Morrone are the only 2 Italians on the cover of magazines on stands in the US.

(3) His favorite spot in LA is the Griffith Observatory, at late nights.

RAY ROSSI IN THE RECENT NEWS:

(The Voice of NY)

RAIMONDO ROSSI FEATURED IN THE NEWS!