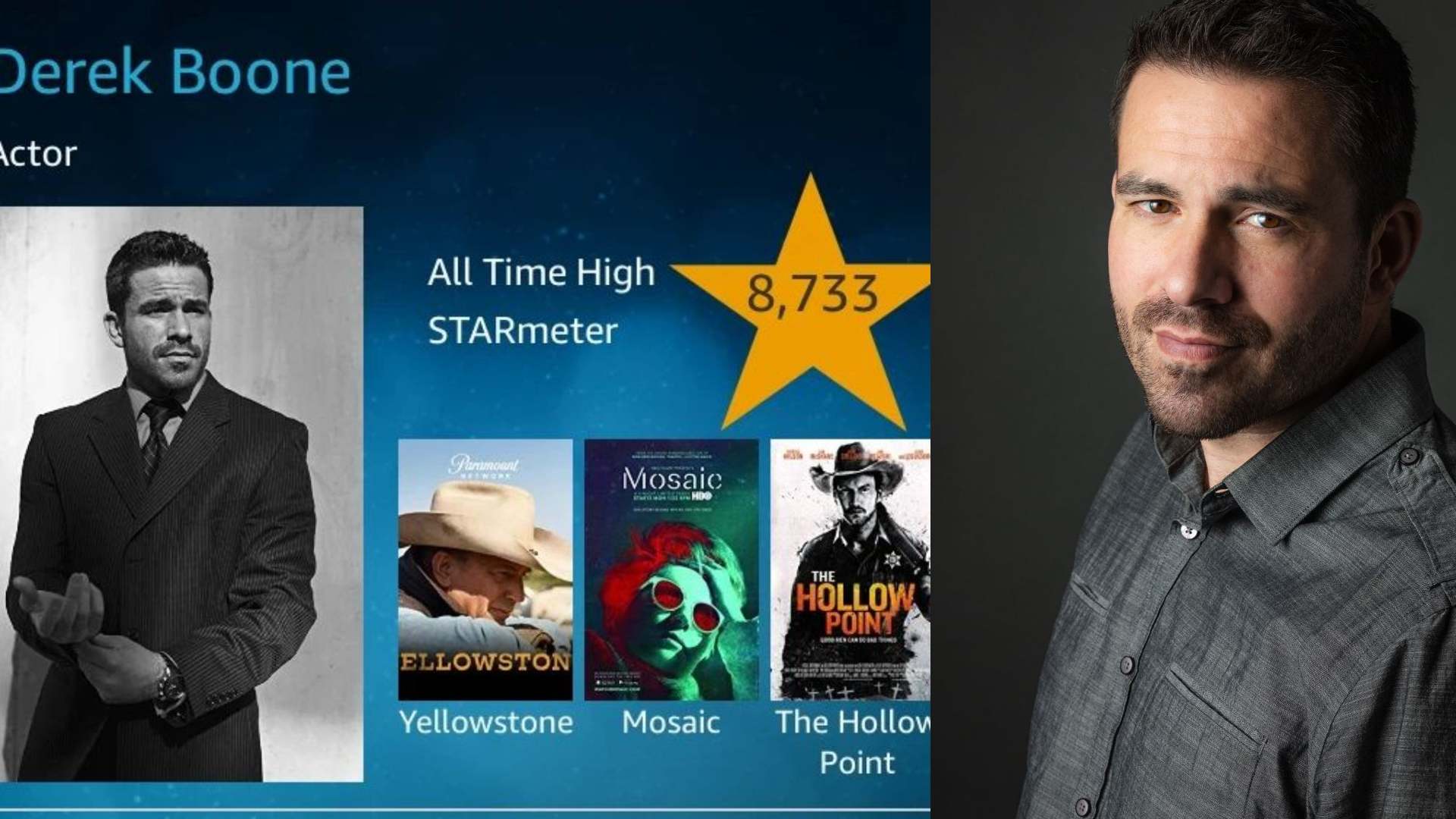 Derek started in his career in the entertainment industry at 17 years old, where was cast in the popular Disney TV-Movie “Right On Track” as the lead along with Beverly Mitchell and opposite Brie Larson.  Derek Boone is known for his roles in Our Father’s Keeper, Yellowstone, Mosaic, Dead Trigger and many more! In his personal life, Derek loves fitness, his father was a champion bodybuilder who won Mr. Utah in 1977 along with two of his brothers. Read further and find out more about Derek Boone:

Check out Derek Boone on his Official IMDB for latest roles.

Q: Being on set for long hours can be both exciting and exhausting. Do you have a specific health or fitness regime you keep up with to always stay fit and focused?

Derek Boone – A: There is a saying that I was told early on while making films, “Hurry up, and wait”. That is a true statement, making films requires a lot of patience and a lot of waiting. Most people don’t realize how much goes into making a film or television show. There are so many small details that get to happen for every scene to take place like lighting, sound, changing lenses on the camera, multiple takes from multiple angles, insert shots, etc. I have grown so much to respect the process of everyone’s job behind the camera. It is the utmost definition of collaboration to make anything on film, it is long hours, commitment, and having a clear vision to create something special. To stay alert and physically ready for whatever may come up, I work out most days a week and keep a nice balanced diet to keep up my energy. Even with the long hours, when bringing stories come to life is one’s passion, it is easy to step into being focused moment to moment on the task at hand.

Derek Boone is confirmed to star in the latest Mystery TV-Series ‘Alien Abductions with Abby Hornacek” as the role of Terry Lovelace and a new horror/thriller film called Dark Highway . In a recent interview, he explains it was the most fun he’s ever had on set! Follow Derek on his official social sites below to keep up with the latest feed!