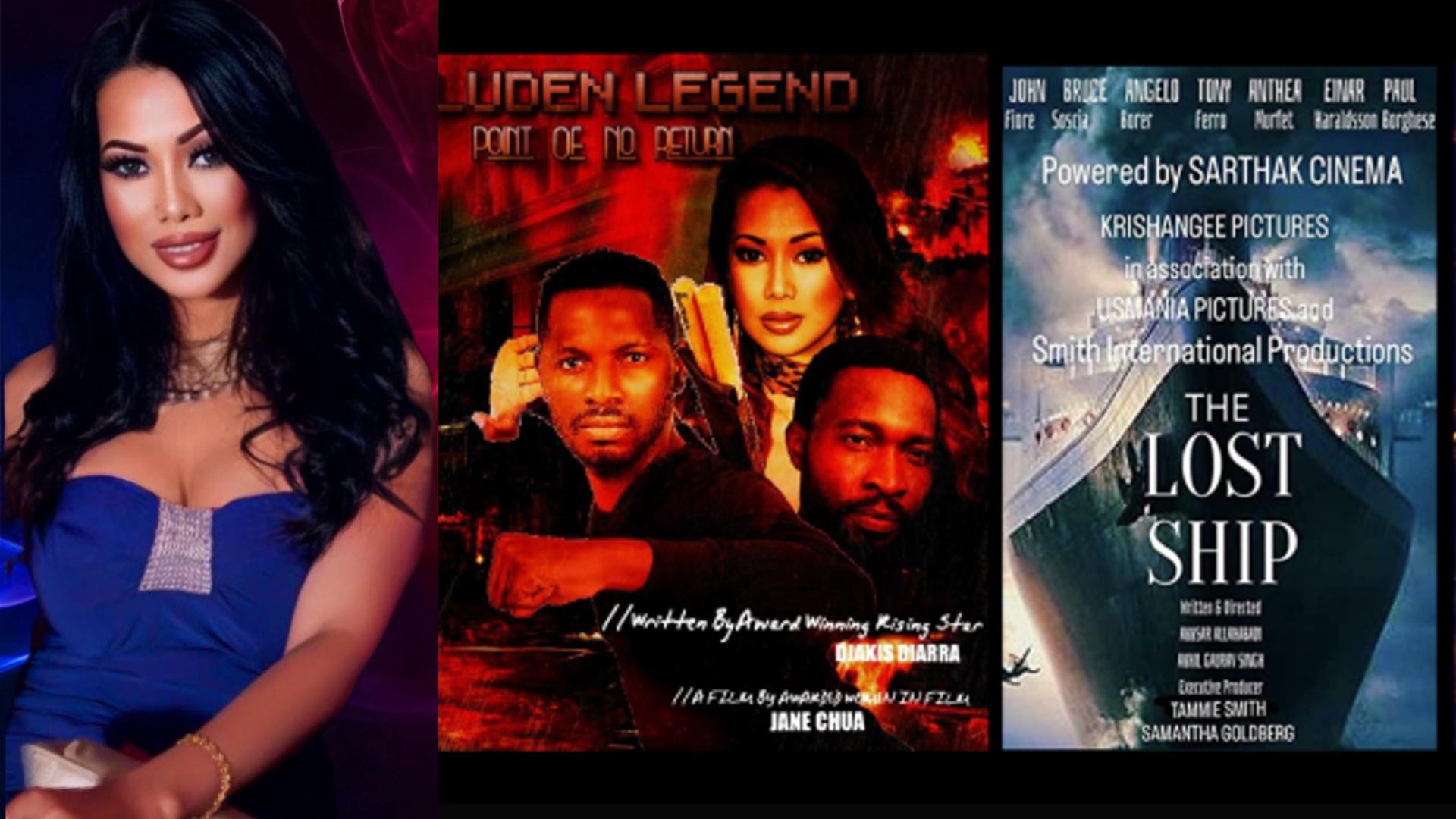 Jane Chua is a talented actress, singer, producer, director, cinematographer, entertainment consultant, as well as the founder of the prestigious JCC International Talent Agency. Jane has recruited the best talent in acting, fashion, and musical groups for the past sixteen years. She is seasoned and talented in all aspects of the entertainment industry.

Jane has appeared in numerous feature films and television series. She has produced notable projects and won the World Music and Independent Film Festival’s ‘Best Women Filmmaker’ award. According to IMDb, Jane is currently producing and starring in a number of feature films!

She is currently producing “Mystique” and starring in “Jade Brooks Must Die!”, a new and edgy action-drama genre feature film. Jane Chua is also set to appear in “The Lost Ship” as Sonica Jackson, alongside Pirates of the Caribbean actor Lee Arenberg.

(1) Jane has been recruiting talent in the industry for more than 16 years!

(2) She has a B.S.B.A degree majoring Accountancy and a computer programming!

(3) In her spare time, Jane loves to volunteer with local fund raising efforts and church events.

READ MORE ABOUT JANE CHUA IN THE NEWS!