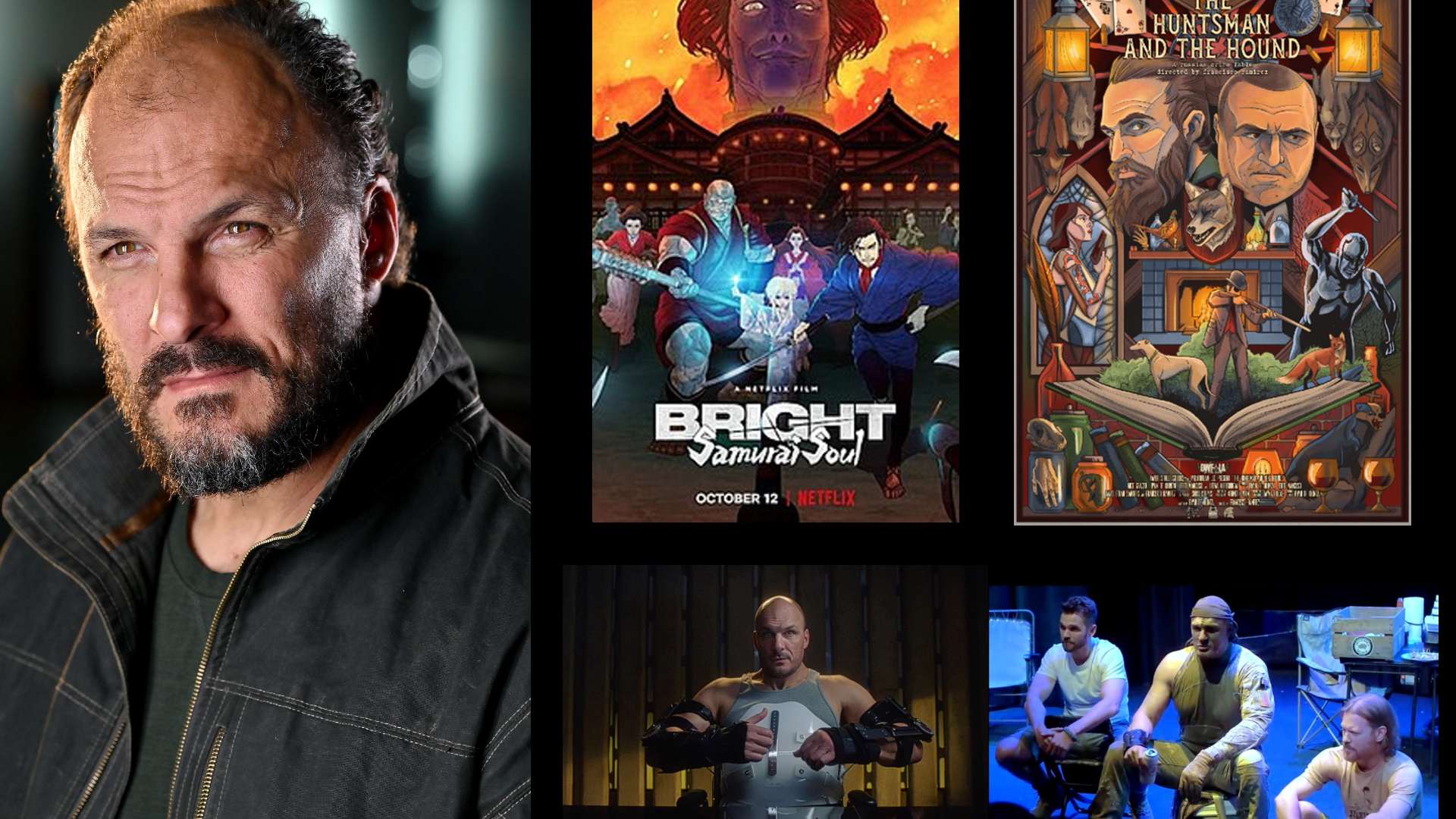 Fred Mancuso is a talented and seasoned actor, musician, and producer in the entertainment industry. Fred was born May 31, 1967 in Massena, New York and grew up in Pittsburgh, Pennsylvania. Fred came from a family that had been multi-talented in the arts. Fred’s father was a football player and a hard-working icon in his life. Fred’s mother was a model, an actress, and a dancer. As a child, Fred was always passionate about acting, performing, and the entertainment industry. From grade school to high school, Fred participated in every talent possible. He sang and played everything from bass to guitar and sang. Fred served in the US Air Force from (1986-1990). In 1989, Fred moved to Los Angeles, California to live with his brother Joe, who was a graduate from Carnegie Mellon University in music and drama. In 1989, Fred booked his first role doing an open call monologue for Miami Vice Stunt Show at Universal Studios Tour. Fred started booking TV & Film roles and then an exclusive membership as he earning his SAG card. Making a mark for himself in the industry, Fred Mancuso is most known for his roles in Made In America, S.W.A.T on CBS, Lucifer, and now is also producing films including his latest featured ‘The Huntsman and the Hound’ that recently won 3 awards including the most recent, an  Outstanding Achievement Award. Read more news below on actor Fred Mancuso.

Without any formal training and just showcasing his acting abilities, Fred’s was picked up in the industry from the start as he was signed by Joe Pecoraro, his manager, and his then agent, Mara Santino, with the JHR Agency. Fred was soon submitted to film and TV and was cast in the TV Pilot ‘Cain’ starring  Maura Tierney and William Morgan Sheppard, who also became Fred’s mentor/coach in the industry and had a big impact on his career. Fred Mancuso was booked as a series regular on the soap opera Dangerous Women (1991), then booked a role in the film The Divine Enforcer (1992). He got one of his break out roles in Made in America (1993) opposite Jennifer Tilly playing Bruce, and was also booked in the feature in Sudden Death (1995) with Powers Boothe. Fred continued his success in the industry by constantly developing his craft , staying true to himself and showing his acting abilities in all of his roles.

Recent Projects Confirmed: Fred Mancuso just completed voiceover work in “The Take Down’ feature on Netflix. He is also starring in another Netflix production called ‘Bright: Samurai Soul’ as the lead, and Fred is currently producing “The Wolf of Aleppo.”

(1) Fred is inspired by the works of Ridley Scott, Steven Knight, and David O. Russell.