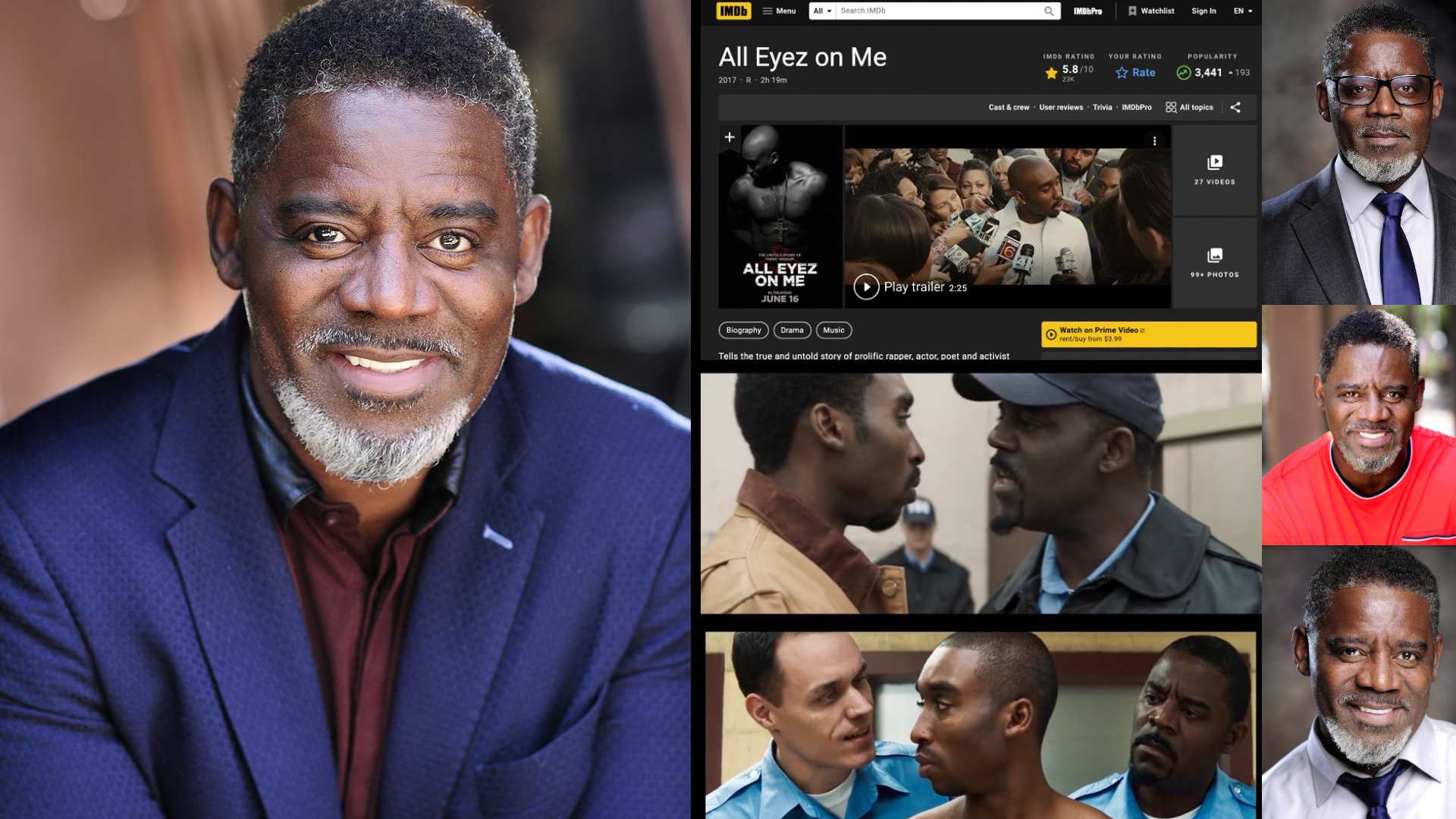 Bruce Davis is an American Actor starring in TV-Series & Major box office movies! Bruce Davis is primarily known for his roles in films ‘The Vast of the Night’ as Billy, ‘All Eyez on Me’ as Officer Reeves, TV-Series Walker: Season 1; Episode 2 on CW and many classic TV-Movies such as ‘A Christmas Surprise’ & ‘A Country Romance’.

Bruce Davis was born Feb 13, 1963 in Oklahoma City, Oklahoma. Bruce voluntarily enlisted in the US Navy and served from 1983-1987. After an honorable discharge from the Navy, Bruce was accepted into the Oklahoma Police Dept Academy where he reached major honorability and served as a police detective and a Police Lieutenant. Bruce Davis is a 27 year veteran of the Oklahoma Police dept.

Introduction to the Entertainment Industry

Actor Bruce Davis started his acting career in 2004 where he was cast in Soul on Fire as the role of Judas Biggs and performed in many theaters live including: the 14th Street Play house (Woodruff Arts Center) in Atlanta GA; the National Black Theater Festival in Winston Salem NC; and the Off Broadway performance at the June Havoc Theater, NY.

BRUCE DAVIS STARRING IN ‘ALL EYEZ ON ME’

‘ALL EYEZ ON ME’ directed by Benny Bloom and that tells the untold story of famous rapper Tupac Shakur. The movie filmed in Atlanta, Georgia & scenes in Las Vegas, Nevada, has a star studded cast including Actors Demetrius Shipp Jr, Danai Gurir, Kat Graham, and Bruce Davis.

You can watch Actor Bruce Davis as the role of Officer Reeves in ‘All Eyez on Me’ and check out some very intense scenes in the movie with Bruce Davis and Demetrius Shipp Jr. .

Where to Watch: The movie made 50+ Million at the box office and is available on to watch all major outlets including Amazon Prime.

(3) One of his favorite things to do is Fishing!

ACTOR BRUCE DAVIS IN THE NEW!