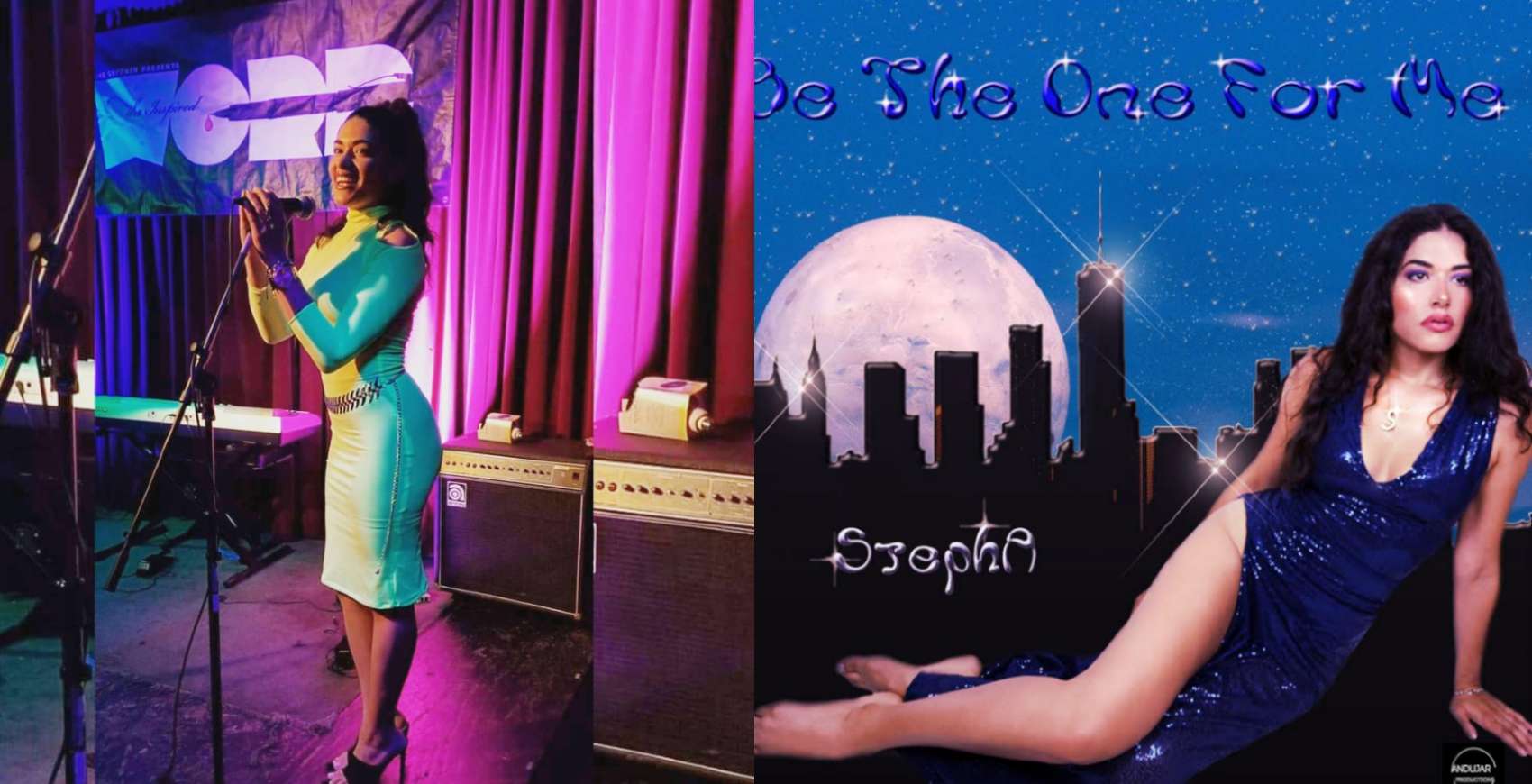 Multi-Talented Actress, Singer and Producer, Stephanie Andujar ( also known as Steph A) releases her latest single ‘Be The One for Me’. Stephanie is known to have a rising and successful acting career in the film industry. She is also a talented musical artist, her previous release ‘ One Big Dream’ was released in 2020 and her latest single is a new hit 2021 you’ll have to check out!

Stephanie you’ve been featured on popular TV and film, but you also are a very talented singer with many songs released on the net! Give us an insight how you got started as a singer and at what age ?

Stephanie Andujar – A: Well, first off, thank you for having me again. Means a lot! I’ve been singing since I was about 11 years old I would say…I can go as far back to remember singing “My Heart Will go On” from the film Titanic in a junior high recital lol…way back. Since then I’ve always sang but I started really singing cover songs and song writing in about 2016…the same year I formed Andujar Productions.

Who are some of your musical inspirations?

We’d like to congratulate you on your latest release ‘ Be The One for Me‘. What do you love most about the song and how was the process in the recording  studio ?

Stephanie Andujar – A: Well, I started writing to beats that my brother, Hector aka @Hecdagreat was making, because he helps produce my music. He finally crafted this beat and arranged my lyrics with it…from there we made “Be the One for Me” and it was cool to create another master piece lol Nah, you don’t really know what’s going to be a hit or not…I just love being able to create, especially in dim lighting. I love making songs about Love lol sounds alil’ soft but it’s about that love of your life that you just can’t be without and I want him to “Be the One for Me…” Basically professing one’s love.

Q: Share with us the official URL of the song release :

Stephanie Andujar – A: Sure! You can head to https://stephanieandujar.com/Music “Be the One for Me” can also be streamed on Spotify, iTunes, Amazon Music and many more streaming apps!

It was amazing to interview Singer & Actress Stephanie Andujar again and make sure you all follow her on her official social sites below.

STEPHANIE ANDUJAR IN THE NEWS