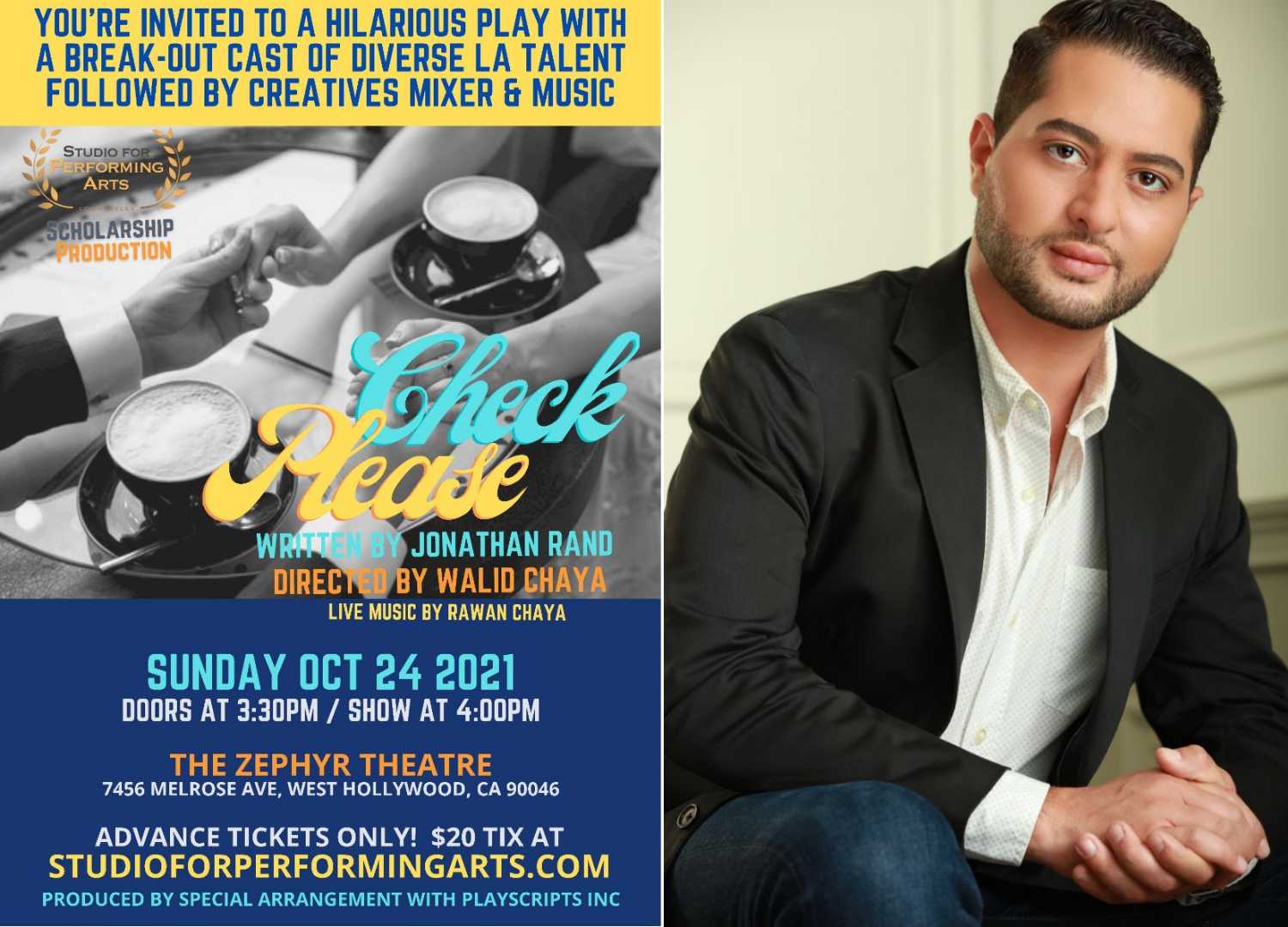 The show will take place October 24, 2021 at The Zephyr Theater on Melrose and is followed by a creative mixer with industry pro’s! The production is at no cost to actors and gives them a platform that they may not have access to similar resources and opportunities. Director & Actor Walid Chaya is the founder of the popular Studio of Performing Arts LA and Moonlit Wings Productions. He is known for directing, acting in films and starring in TV-Series on NBC, CBS, AND HULU and also creating award-winning productions! This is an event that you don’t want to miss, make sure you get your tickets below at Studio of Performing Arts LA !

More about the Production: Check Please, written by Jonathan Rand, follows a series of blind dates that couldn’t get any worse — until they do. But could there possibly be a light at the end of the tunnel?

Doors open at 3:30pm and the show begins promptly at 4pm followed by a Creatives Mixer with live music.

Attendees will be asked to show their Covid vaccination card OR a negative Covid test taken within 48 hours of the event.