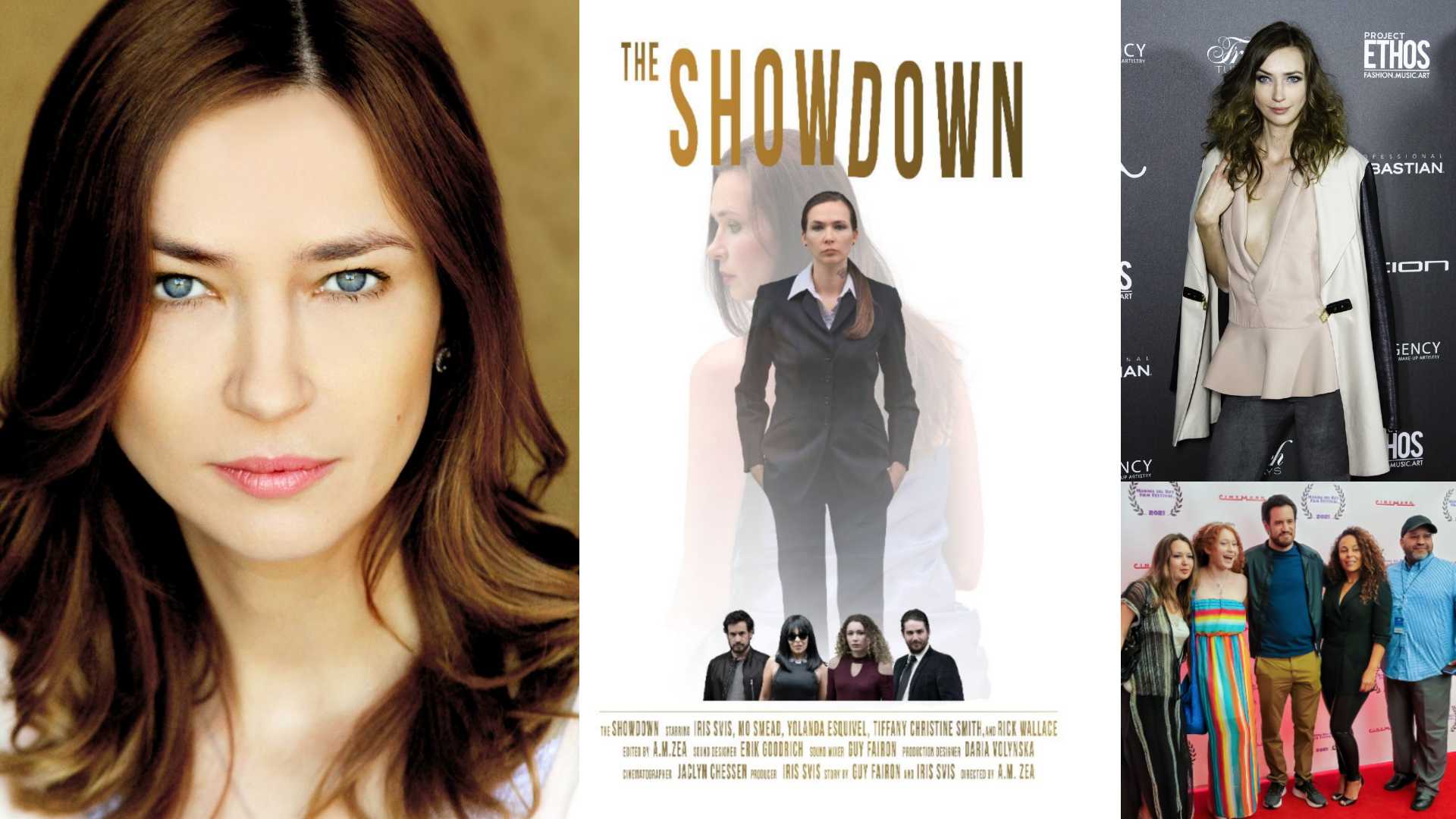 Iris Svis is a talented Actress, Producer and Writer. Originally from Siberia, Iris moved to Los Angeles, CA to pursue her passion for acting. Iris is known for her roles in The Laundromat, Rachel’s Gift, Cooking with Flotus, What Looks Back, Vampire’s Tale, A Beautiful Day, A Friend in Need and she has starred in many other films and tv series. Iris has worked with some of Hollywood’s most notable actors and actresses including Meryl Streep, Antonio Banderas, Amber Heard and Gary Oldman! Today we have the latest news on Iris Svis that you don’t want to miss! Read below:

AWARD-WINNING SHORT BY IRIS SVIS TO BE SCREENED IN AUGUST 2021 AT THE LEGENDARY CHINESE THEATER LOCATED ON THE HOLLYWOOD WALK OF FAME!

One of her latest works ‘The Showdown’ a short film produced by Iris Svis along with her amazing team as well as cast has won multiple awards and is having major success in film festival circuits. The film is directed by Alex Azmi. ‘The Showdown’ is set to be screened at the Historic TCL Chinese Theater on the Walk of Fame (6925 Hollywood Blvd, Hollywood, CA 90028). For the tickets please check out the social media links below!

IRIS SVIS TALKS NOMINATION AS BEST ACTRESS IN ‘THE SHOWDOWN’

IRIS SVIS SHOWS SOME LOVE TO HER INDUSTRY FRIENDS AND COLLEAGUES WHO CONTRIBUTED TO HER SUCCESS!

“A huge shout out to these amazing peeps who are constantly inspiring me. Without them, I wouldn’t be where I am today.

My acting coach amazing Amy Lyndon who never let me be just good!

Most importantly my husband Alex Livenson for all of the love and support he has shown since day one.“

(1) Iris Svis loves to paint as another creative outlet!

(3) Born in Siberia, her hometown of ‘Tomsk’ was founded in the early 17th century and has a very rich culture and heritage.

FILM NEWS CASTING: Iris is currently working on a new horror/thriller film project with an international cast. Shooting is set to start in early 2022.

ACTRESS IRIS SVIS IN THE NEWS