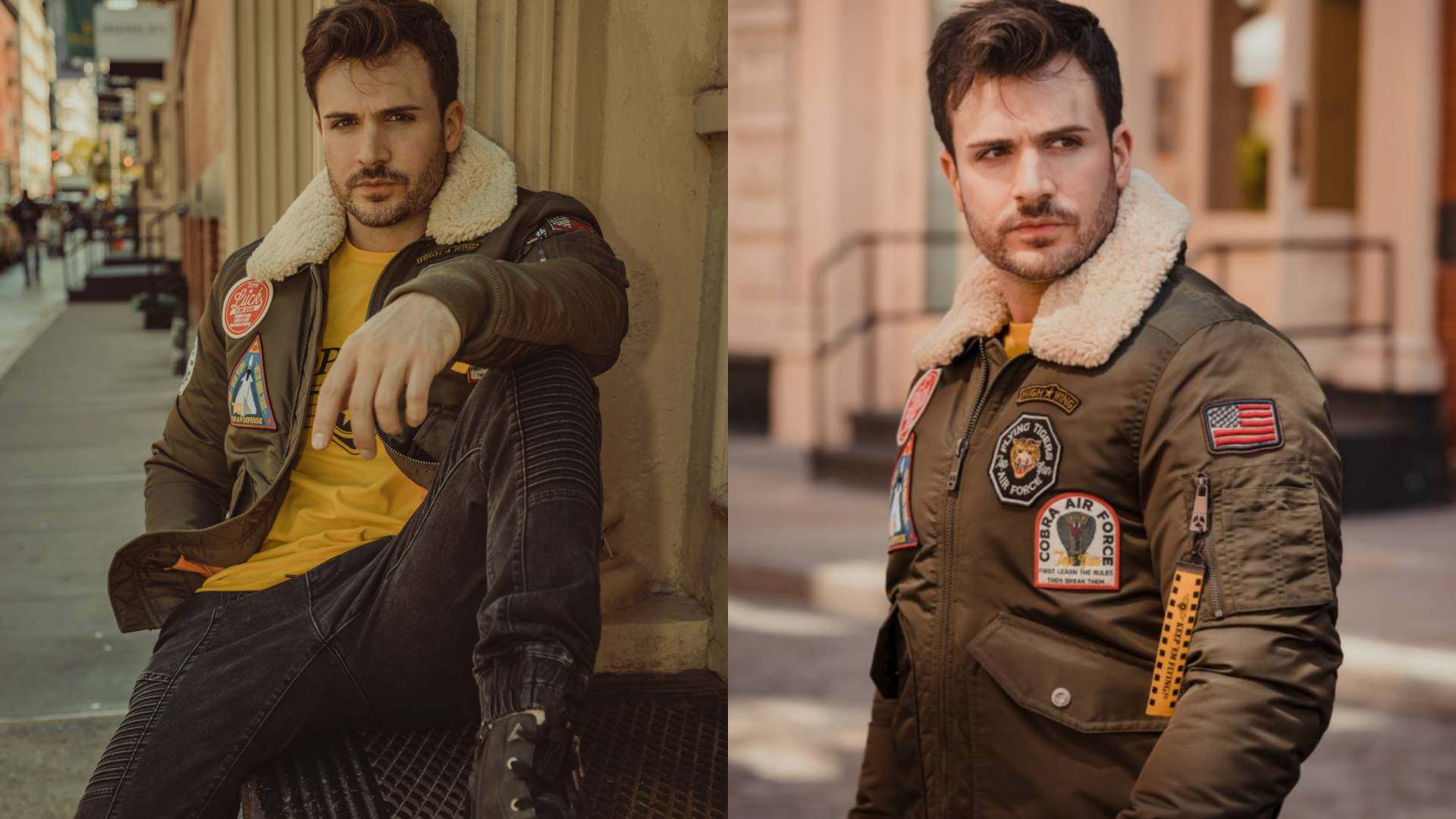 Q: Philip, you had a recent shoot for Top Gun Clothing in New York! Can you explain to us a little more about the shoot ?

Model Philip Fusco – A:  It was a really relaxed shoot with photographer Aaron Tyler. We covered a lot of areas of New York City so we were able to achieve different types of looks. The day was beautiful, clear and sunny, so that made it more fun. We captured looks with different jackets, shirts and pants.

Q: How would you describe your personal style outside of being styled in the fashion industry?

Model Philip Fusco – A:   Good question. Outside the industry, I still try to dress nice but I usually have a shirt on, lol and much more of a relaxed look in my fashion.

Q: What is one word that would sum up your year so far?

Model Philip Fusco – A:  This has been a blessed year, a lot of shoots all over the county so far.

Q: You have been represented by Sophia Felix of HBM Talent for many years. How has the management helped your career since you started?

Model Philip Fusco – A:   Sophie has helped me in many ways. Of course she has gotten me jobs, but also as a manger she helps keep me organized, which is not my strongest suite. She def simplifies everything.

Model Philip Fusco – A:   I have been modeling since I was very young and between the connections, the travel, and the large support system that comes with it, I feel so blessed.