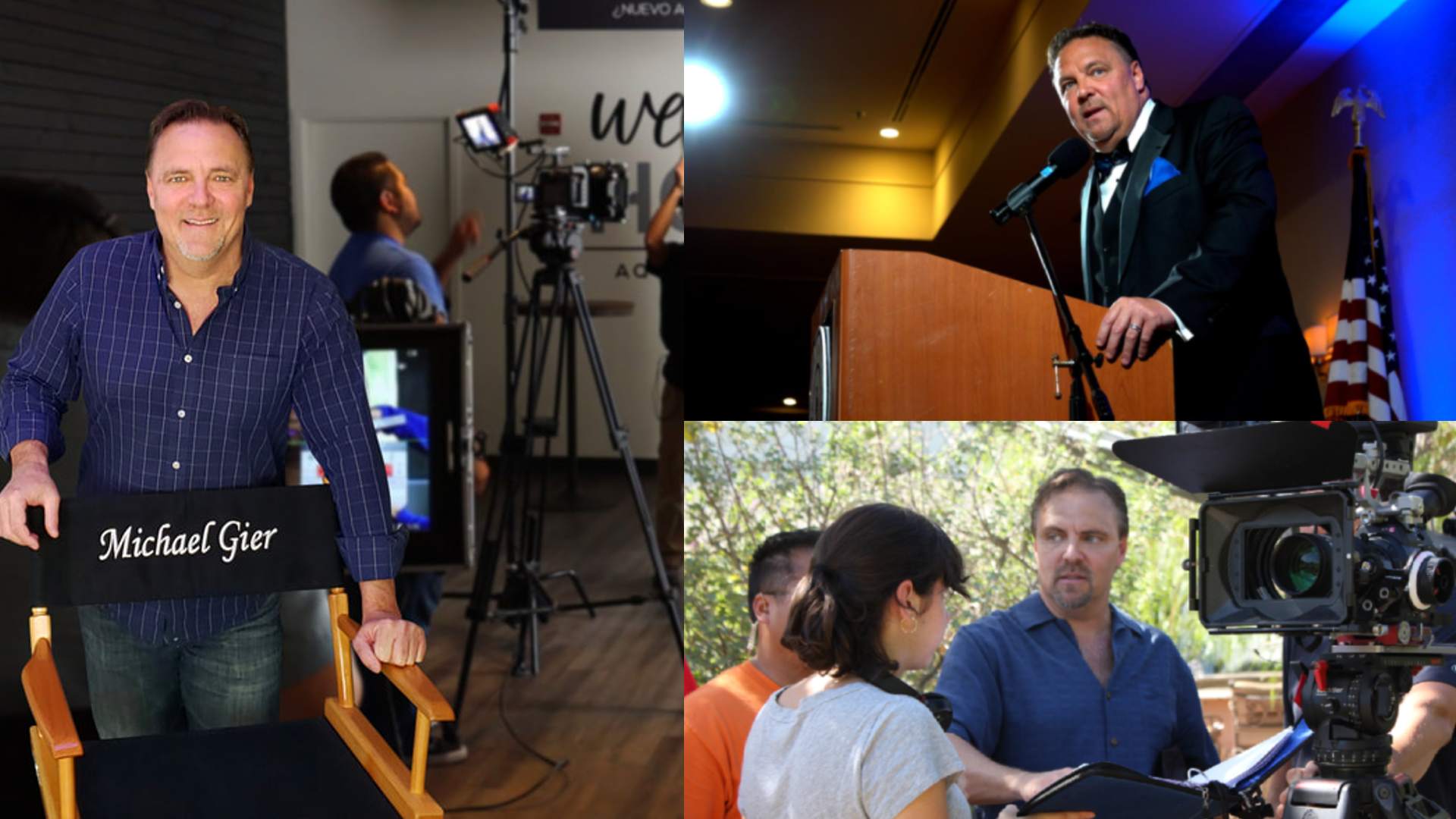 Michael Gier is a multi-talented director, producer, singer, actor and public speaker. Michael started out his career in the entertainment industry starring in Broadway musicals all over the country. He was cast in a 5 year recurring theatrical production in LA and shortly after, he transitioned into film & TV. Michael Gier has starred on the hottest TV-Shows in the nation including: NCIS: Los Angeles, The Bold and the Beautiful, Days of Our Lives, Passions, The MiddleMan, America’s Most Wanted, General Hospital, Blood Relatives, and many more! Read the latest news on Michael Gier below!

‘Wounded Heroes‘ is a passion project and documentary by Michael Gier and presented by Gier Productions LLC that has been commanded and awarded by many film festivals! The film provides alternative treatments that help those who are battling post-traumatic stress get their lives back. You can watch the film as it is currently available on all top streaming platforms including Amazon, iTunes, Google Play, VUDU, etc., and it’s also available on Fox Nation, the Fox News streaming platform.

MAJOR FILM PROJECTS: Catch Michael Gier as the role of Warden Gibbs in his latest film project ‘Lord of the Streets’ and mark your calendars for a new lifetime project that will be released later this year called ‘Birthday Boyfriend’ where Michael plays the role of Stewie!

(1) Michael performed “Praise You” with FatBoy Slim live at the MTV Music Awards in New York on 9/9/99!

(2) Michael Gier was a singer at the 2,300 seat Lawrence Welk Champagne Theatre in Branson, Missouri where he performed with The Lennon Sisters, a 20 piece orchestra, and other TV stars.