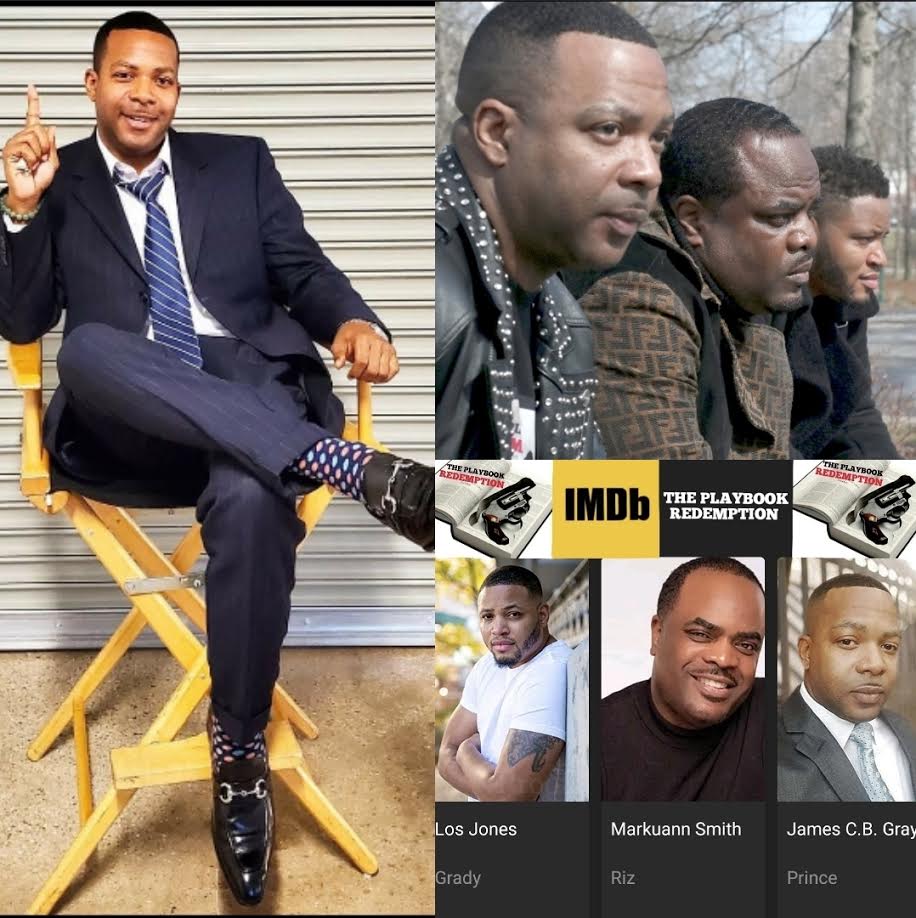 American Actor, Producer, Civil Rights Activist, James C.B Gray is set out to produce and star in a new episodic production called ‘The Playbook Redemption’, and today we have been able to get an exclusive reveal in more details about the production as well as the cast!

The Playbook Redemption is an urban drama tale of friendship, violence, and meaningful life-changing redemption. The series is based on a true story, although some names have been changed to protect the identities of some people including 1 individual was on ‘Americas Most Wanted’ list and another character who escaped from Rickers Island, these scenes will also be reenacted in the production.

James C.B GRAY CONFIRMED The Production of The Playbook Redemption

I’m currently starring in a production called “The Playbook Redemption” which I’m also producing as well. This film is an urban drama about a crew of 3 friends who ran the streets of the Bronx for years with drugs, guns and violence and after 2 of the crew are killed,the last man standing realizes it’s time to change his life and make things right by giving back to the community that he helped to destroy. – JAMES C.B GRAY

It’s officially confirmed that Actor James C.B Gray will also star in his production of ‘THE PLAYBOOK REDEMPTION’ as the role of Prince. Prince is a major underwood figure with ties to the MOB. He is deeply seeded in the streets of the Bronx in a section called ‘The Valley’. The Valley Mob which is his crew, at the top has 2 of Prince’s right handed men, Riz & Grady.

ACTOR MARKUANN SMITH CAST AS RIZ IN THE PLAYBOOK REDEMPTION

Actor ‘Markuaan Smith’ has officially been cast as the role of ‘Riz’ in The Playbook Redemption. Markuaan Smith is a professional writer, executive producer of the Epix Network Hit TV Show ‘Godfather of Harlem’ a smash hit show that features Forest Whitaker as lead Actor.

Actor ‘Los Jones’ is officially confirmed to be cast as the role of ‘Grady’ in the Playbook Redemption. Los Jones is one of the rising star actors in the film industry and if you’re a 50 Cent fan, you can catch Los Jones in the multi million dollar hit film ‘Before I Self Destruct’ alongside 50 CENT.

The playbook redemption was initially set out to be a feature, but after months of writing and filming, it was changed to an episodic production!

James C.B Gray known for his many successes in the film industry including the co-production of the ‘All Night with Joey Reynolds’ TV-SHOW that was picked up on NBC’s popular subsidiary network NASDAQ Studio, and it is officially confirmed that James C.B Gray will be producing and starring called  “The Playbook Redemption”.

With a studious & life changing past, James C.B Gray is a very powerful and motivational civil rights activist, an extraordinary film maker and a talented actor! Make sure you follow him on his social media below.