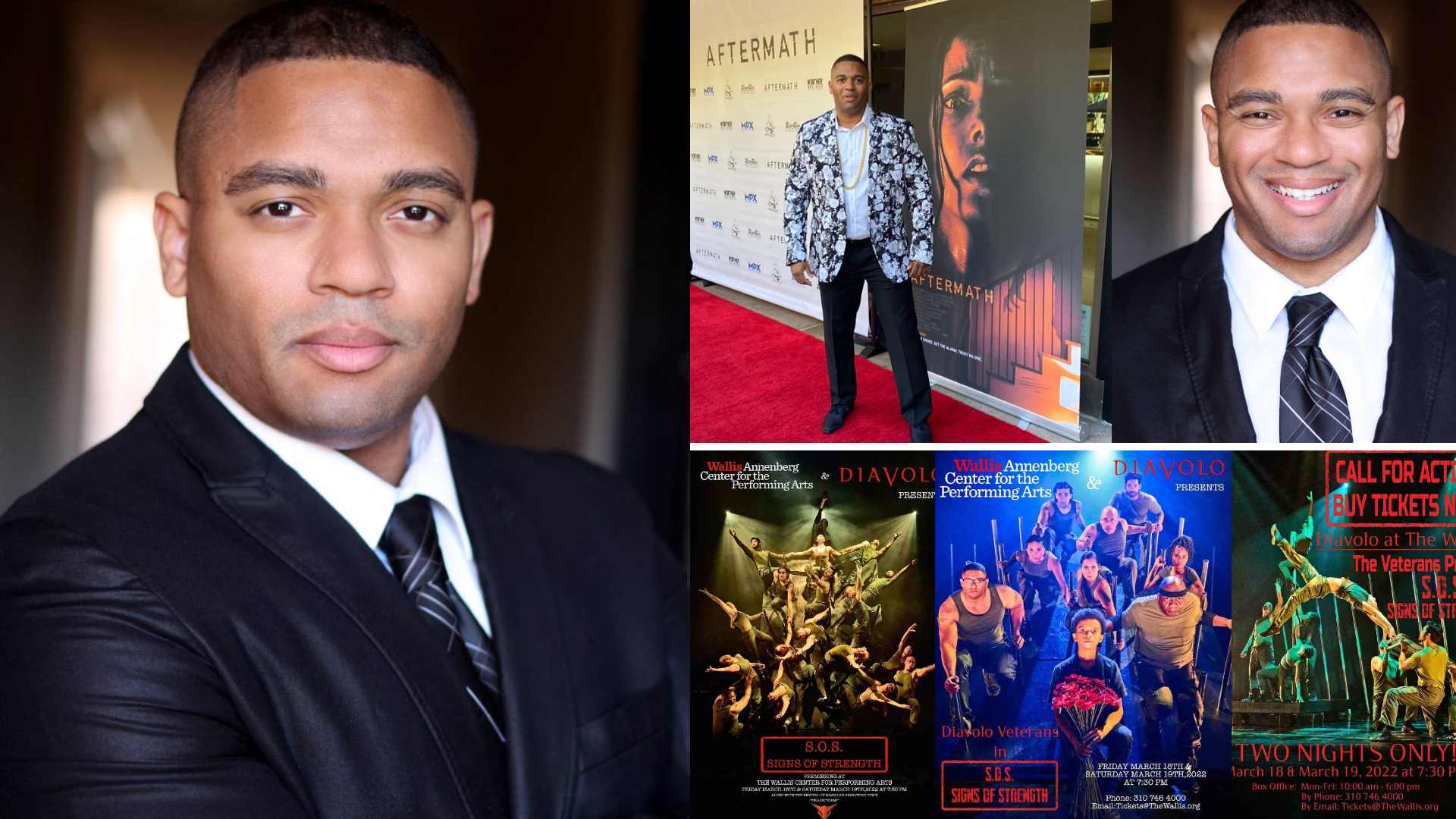 Freddie Basnight is a multi-talented actor originally from Fort Wayne, Indiana. Freddie was born December 23rd, 1985. As a teenager, got his first taste of the entertainment industry when he performed in plays, attended drama classes. Freddie Basnight is a military veteran of the Iraq War and served in the U.S. Army for over 10 years! Freddie moved to heart of the entertainment industry, Los Angeles, California for his professional career in acting, writing and producing. He earned MFA degree for Acting at the New York Film Academy in Los Angeles. Freddie Basnight has starred in film, tv, and theater. His latest role in CSI: VEGAS is one to look out for! Read the latest news on Actor Freddie Basnight & check out his latest performance at the Beverly Hills Wallis Theater!

Actor Freddie Basnight recently wrapped up a 3 night theatrical performance at the Wallis Theater in Beverly Hills on March 18, 19, 20! Diavolo Veterans Project, created by owner and artistic director Jacques Heim, is a theatrical production with 8 military veterans in this current project. The performance sharing personal stories told to the audience with music, sounds, colored lighting, and spoken as well as pre-recorded dialogue during this 40-minute journey.

Freddie Basnight shares his experience & for the viewers ,” I’ve never had this type of movement training before starting this program back in November 2021. I describe this level of performance as acrobatic and circus-like when explaining to people about what it is that we do for this particular piece. I’m one of eight military veterans performing in this piece, working alongside several professional and trained dancers from Diavolo.

I would describe this experience to viewers watching like being on an action movie set observing everything unfolding in real-time with some very dangerous stunts. Welcome to S.O.S. Signs of Strength. ““

(2)  Will Smith, Denzel Washington, and Viola Davis are his 3 fav actors!

(3) He’s had scenes in a chase commercial with Kevin Hart!

Other links to check out: