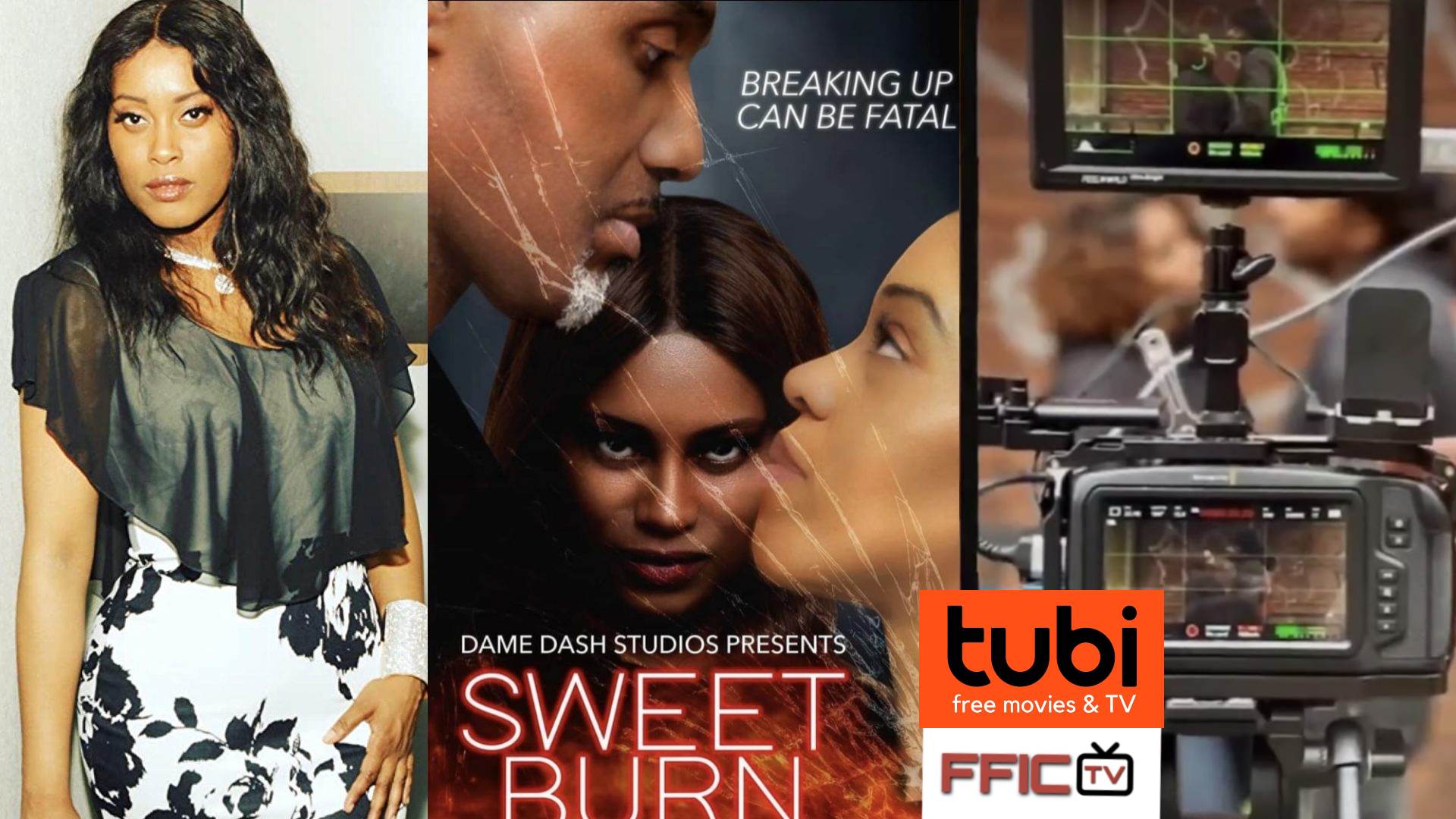 Geri White is an American Actress originally from New York.  She is known for her roles in “Dear Dad” as Jasmine, “The Art of Parenting”, and most recently for her roles in “City of Smoke” and “Sweet Burn”.  Read below the latest info on her film role & an exclusive interview on Starz Treasure with Actress Geri White:

Geri White plays the role of Julie in the latest Dame Dash Studios feature film “Sweet Burn”. The film is starring Geri White, Rene Henry and Omarr Salgado. The film is set to come out on Tubi TV & Fox Soul. Tubi TV is a Fox acquired corporation and also known for their subscription of 50+ Million subscribers.

Q: Geri, how did you get started in the entertainment industry?

Geri White – A: I got started on backstage and doing student films. I also attended on camera acting classes in New York City. The same year I was then casted as a lead for a independent film where I was able to network and meet other industry people.

Q: What is your favorite part about acting ( rehearsal, performance, red carpet premiere, all)?

Geri White – A: My favorite part of acting would be the process of developing the character. Once I read the entire script, the fun begins. Rehearsals are always entertaining because the actors/actresses get a chance to meet, mingle and learn more about each other and their relationship within the story. The red carpet, premiere and events are always the highlight after a successful project.

Q: Can you share with us some insider news on what you’ve been working on?

Geri White – A:  I just finished a film titled “Sweet Burn” presented by Dame Dash Studios produced by FFICTV which will be on Tubi and Fox Soul in the soon. I am working on new series tilted “Deceptive Hearts” written and directed by Jeannette Glenn which has a lot of deceit, lies and plenty of plot twists. I am also working on another incredibly written new series titled “Things we Do for Love” which is not your typical love story, produced by Patty Productions and  written and directed by Jamarr Felton.  I am in pre production on another feature film produced by FFICTV tilted “City of Smoke” which will be a story of allies  and enemies wrecking havoc.

Q: Do you have a favorite quote that you strongly believe in regards to acting, your career and reaching success?

Geri White – A:  Yes. In regard to acting the Meisner Technique which teaches actors to respond to stimuli and trust their instincts. This is something I keep in my mind as I dive into my characters to give organic responses.

Q: What are some celebs in the industry that you would love to work with?