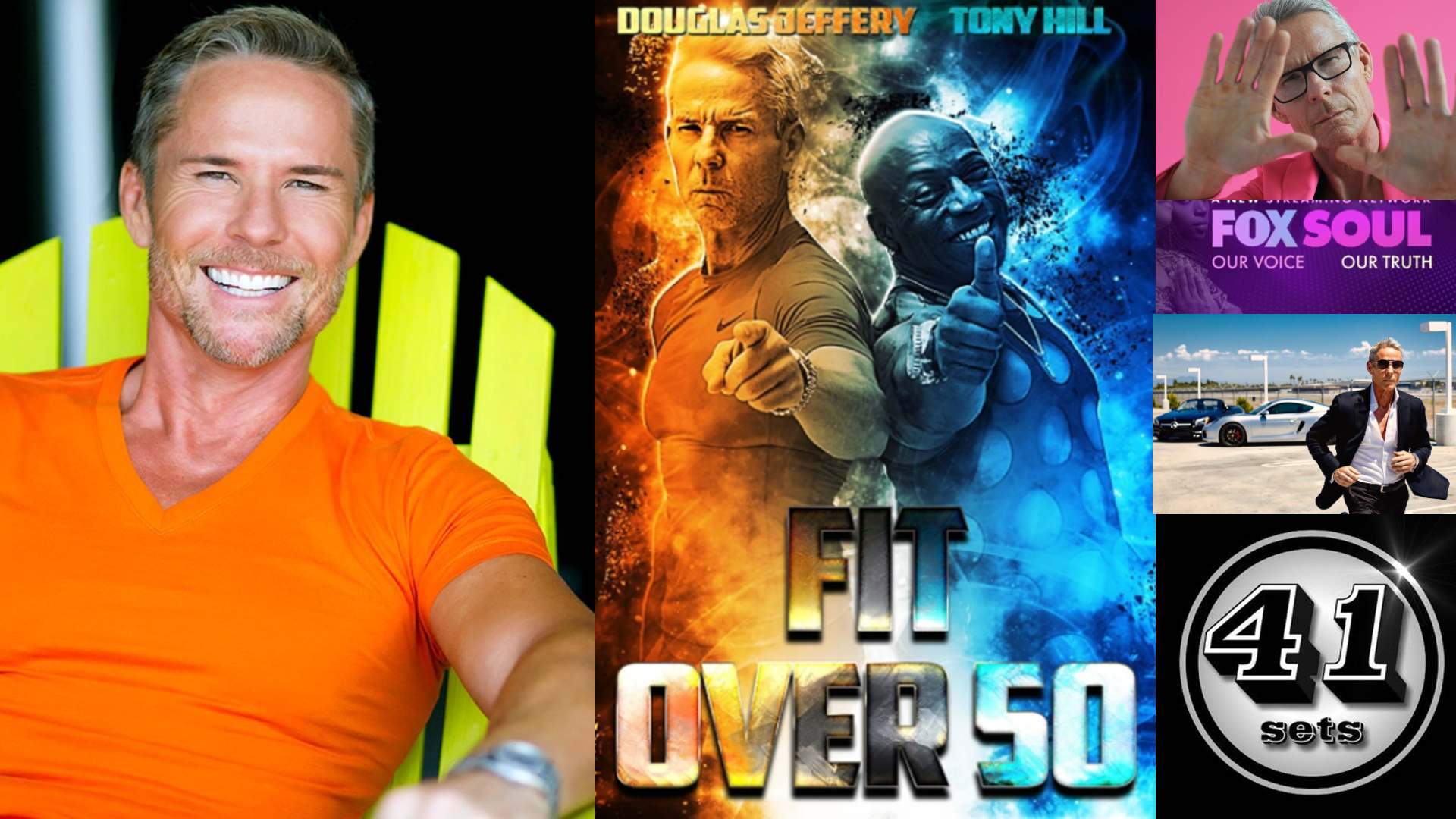 Douglas Jeffery is a talented actor, producer and founder of 41 Sets. Originally from West Deptford, New Jersey, he knew at a young age that he wanted to become an actor and has a passion for the arts.  After seizing an opportunity to audition for Chippendale’s, he ended up becoming their official MC.

He traveled the globe for Chippendale’s and later moved to Los Angeles. Quickly, he gained respect from industry folks and founded 41 Sets, a production design and set construction company.

During his time in Hollywood, Doug has acted, modeled, and starred in film and television.  He has also been a celebrity host for the History Channel’s “Where Did It Come From?” and a celebrity judge on “Beauty and the Geek”. Read further to find out the latest news on actor and producer Douglas Jeffery!

Film Projects in the Works: From a Romantic Comedy for The Hallmark Channel to Season 2 on Fox Soul!

“The House” is currently going into Season 2 on FOX SOUL.

A production of a new feature film called “Clown and Out” is in the works. The film is starring Alejandro Edda known for his role on AMC’s “Fear the Walking Dead” and as Joaquin and as “El Chapo” Guzman in the Netflix original series, “Narcos”.

Douglas Jeffery can be seen with fitness guru Tony Hill in his latest project called “Fit over 50”.

THE FOUNDER OF 41 SETS PRODUCTION COMPANY

With 25+ years of experience in the film industry, Douglas Jeffery founded 41 Sets production company. 41 Sets has been called the ‘go-to’ shop for big and small network television shows and music videos.

“It comes from my heart. I have an eye for detail. And I form a bond and a friendship with all of my clients. They know that they will be taken care of.” – Douglas Jeffery talks 41 Sets.

(1) He hiked to the top of Machu Picchu in the Andes Mountains of Peru.

(2) He loves reptiles and is a herpetologist in training.

(3) He loves God and believes struggles are meant to build character.