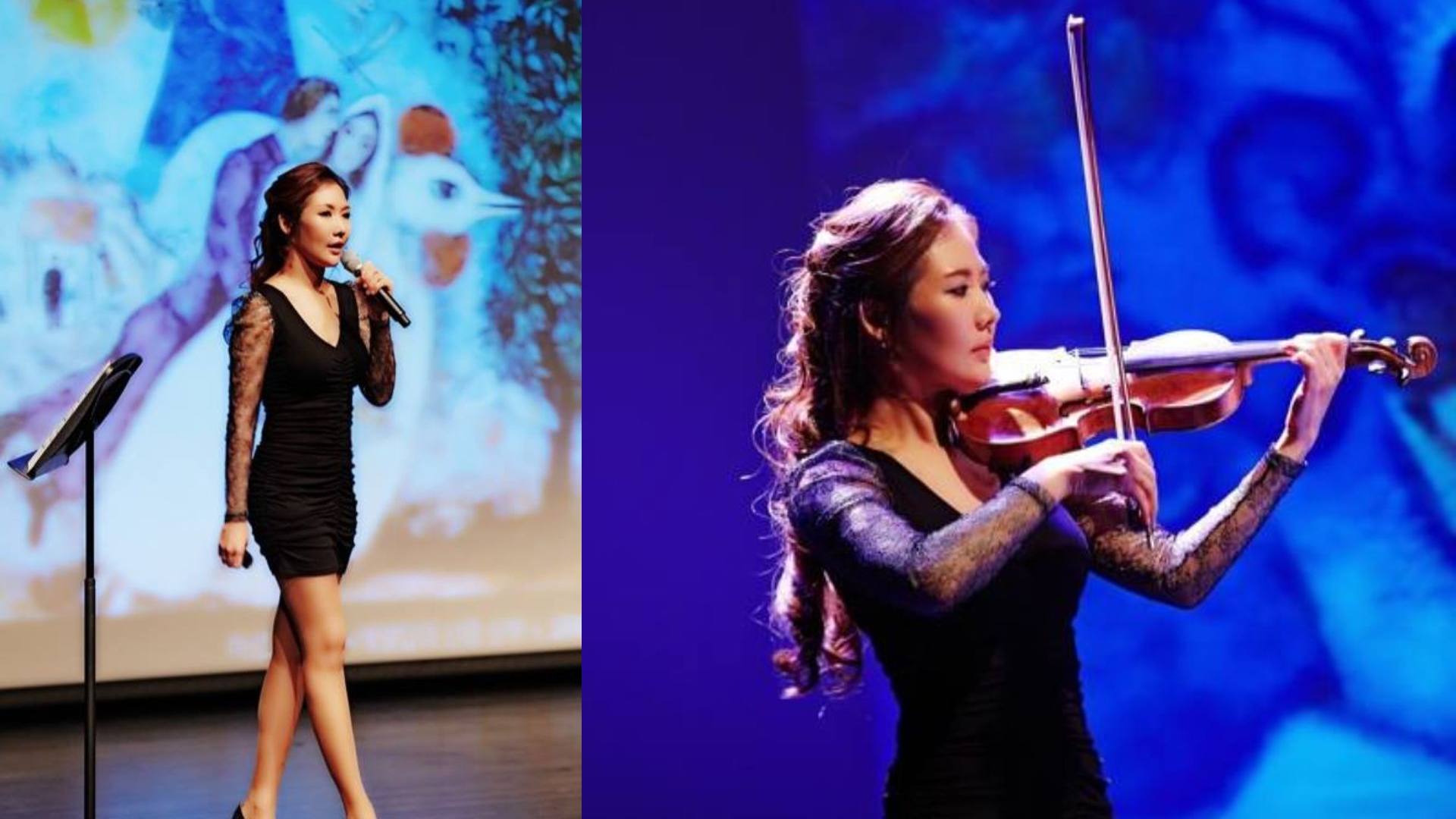 Noella is a multi-talented actress, violinist, lyricist, and best-selling writer originally from Korea. Noella is known for her ability mastering the arts and bringing quality to both film and the music industry.  She has studied at the notable New England Conservatory in Boston where she successfully earned a bachelor’s and master’s degree in music. From there, Noella continued her studies even further and obtained a Doctoral degree at Florida State University.

Artist Noella is making her mark in the entertainment industry and in all categories!  She is a true creator in all aspects from acting to music. As a professional violinist, she has already released 2 music albums and has played in 2 Korean Movies!  She has performed in large stages with thousands, received applauds, awards and great recognition. In film, she has starred in The Trouble with Zombies, The Marriage, and Quarantine Leap.

Noella Talks Her Passion For the Arts:

3 THINGS YOU DIDN’T KNOW ABOUT NOELLA

(2)  Noella is a lyricist and has written many hit songs for K-pop stars!

(3) Christopher Nolan is one of her favorite directors she wants to collaborate with.

NOELLA – IN THE NEWS:

Read the latest news on Noella Featured on – Digital Journal

Read the latest news on Noella Featured on – SSNTV

Read the latest news on Noella Featured on – FOX28

Read the latest news on Noella Featured on – HTV10