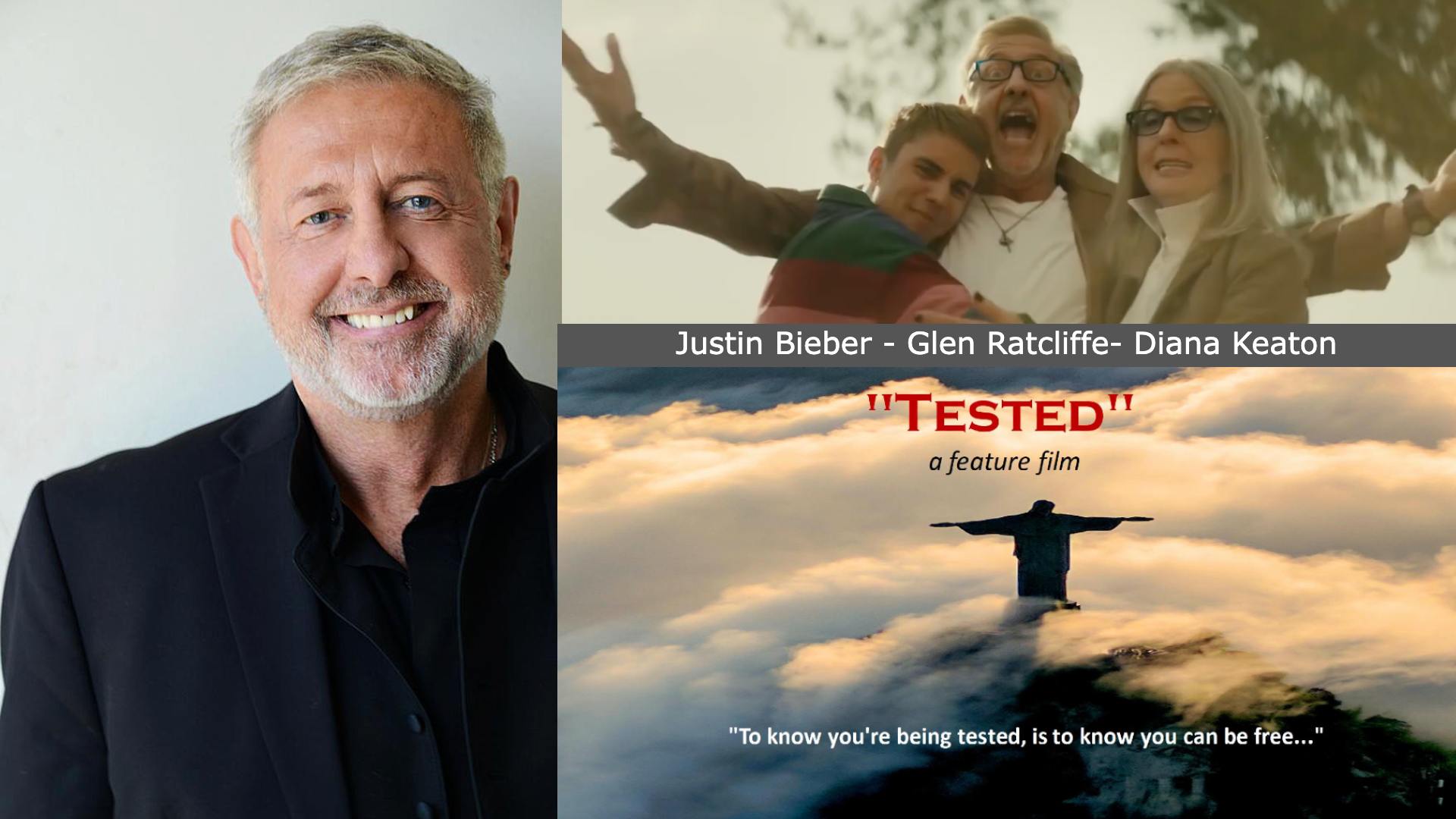 Glenn Ratcliffe is an experienced and multi-talented actor, writer and executive producer. Glenn was born in Scotland. In his youth, Glenn was a pro athlete and became a professional soccer player. Once Glenn discovered his passion and talent for acting, he decided to purse a professional career in the entertainment industry. Glenn Ratcliffe is known for his versatile ability in his roles, from extremely touching parts to light and comedic. Actor Glenn Ratcliffe has starred in many theatrical plays, Movies, and TV-Shows. He has also written 2 screenplays. Glenn Ratcliffe has some great new projects including a movie with an important message and mission to change the world. Read the latest news we have on Actor Glenn Ratcliffe!

Latest Projects Release: Actor Glenn Ratcliffe can be seen in this clip with Justin Bieber and Diane Keaton in the latest celeb projected called “Ghost”. The clip has had over 93 million views so far and growing to 100 million!

AN EXCLUSIVE BEHIND THE SCENES WITH GLENN RATCLIFFE, DIANE KEATON & JUSTIN BIEBER !

Glenn Ratcliffe has written, produced and is starring in as the role of Glenn Macintosh in the latest movie ‘Tested’. The movie “TESTED” is set out on a mission beyond the screen to make an impact to human lives. The movie takes audiences on a journey, on a mission, with a deep meaning to find within themselves . The film “TESTED” is a religious drama with a deep meaning for the human population. The catch phrase on the movie cover gives an exhilarating message making viewers wanting to know more, states as follows:  “ To know you’re being tested, is to know you can be free.”

An exclusive message from Actor Glenn Ratcliffe about his latest movie “TESTED’ and the movement which will bring peace to the world. Invites you to share your story, use your voice and share your wisdom could help other people. Go to : https://testedthemovement.com

The movie is followed by a movement to change the world, to be led by light , spread hope, love, peace while connecting the human population.

Tested has been featured on Heart of Hollywood online Mag!

GLENN RATCLIFFE TALKS “TESTED’ THE MOVIE IN AN EXCLUSIVE INTERVIEW !

WHAT OTHER CAST MATES ARE SAYING ABOUT GLENN RATCLIFF?

“GLENN IS AN EXTRA SPECIAL TALENT. MANY ACTORS CAN GIVE A CHARACTER A MIND MAYBE EVEN A HEART, BUT GLENN GIVES THE CHARACTER A SOUL. AN ARTIST OF INTEGRITY AND COMMITMENT TO HIS CRAFT. LOOK FORWARD TO WORKING WITH HIM AGAIN IN THE FUTURE.”

“Thank goodness for Glenn!  He was a life saver, being able to come to shoot so last minute… with no complaints. He was very patient with us and as soon as the camera was on him, it was like a switch flipped. He jumped into character like a pro. He is so talented.  He made our vision come to life . “

“GLENN WAS A PLEASURE TO HAVE ON SET, HE SHOWED UP ON TIME AND PREPARED WITH THE RIGHT QUESTIONS IN MIND. A GREAT PERSON TO HAVE BOTH IN FRONT OF THE CAMERA AND ON SET IN GENERAL, WOULD DEFINITELY RECOMMEND GIVING HIM A CALL!”

“GLENN WAS AN ABSOLUTE PLEASURE TO WORK WITH. HE BROUGHT AN AUTHENTIC DYNAMIC TO THE CHARACTER AND WAS VERY GRACIOUS WITH EVERYONE ON SET. I WOULD JUMP AT THE OPPORTUNITY TO WORK WITH HIM AGAIN AND WILL BE KEEPING AN EYE OUT FOR HIS FUTURE WORK AS A FAN.”

“GLENN’S PASSION FOR ACTING AND LOVE OF THE CRAFT HAVE BEEN CONTAGIOUS FOR YEARS NOW AND HIS DEDICATION INSPIRATIONAL. WATCHING HIM WORK ON CAMERA IS ALWAYS A TICKLE TO MY OWN LOVE FOR THE PROCESS OF FILM MAKING.”

“HE LOVES HIS CRAFT AND IT SHOWS ON AND OFF SCREEN. GLENN RATCLIFFE HAS GREAT TECHNIQUE AND THE DELIVERY FROM HIS CHARACTER DEVELOPMENT TRANSLATES TO THE BELIEVABLE PERSON HE BECOMES IN THE STORIES HE TELLS.”

“WHEN GLENN DELIVERS A LINE, YOU’RE IMMEDIATELY TRANSFIXED BY THE RICHNESS OF HIS VOICE. IN SHORT, EVERY WORD ENGAGES THE VIEWER, WHICH IS A BRILLIANT QUALITY FOR AN ACTOR TO HAVE. I WAS PLEASED TO HAVE GLENN ON MY FILM “SIDE EFFECTS” AND WOULD DEFINITELY RECOMMEND HIM FOR OTHER PRODUCTIONS.”

(1) Glenn is from Scottland!

(3) Eric Gross, Director, Young and the Wrestlers has praised him for this work in film!