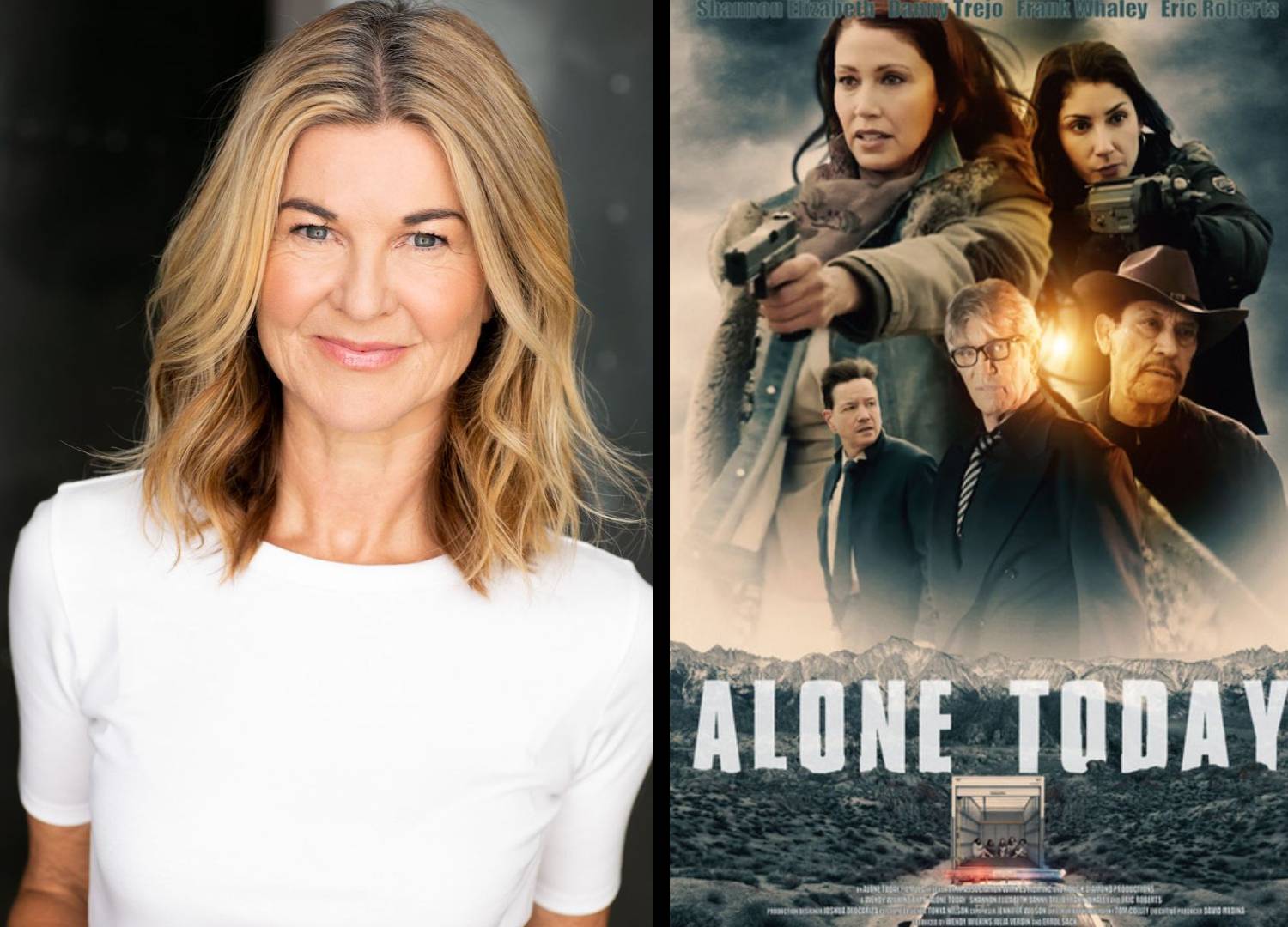 Wendy Wilkins is a pro actress, producer, writer, and director. Wendy is originally from Australia, but moved to London to study at the Royal Academy of Dramatic Art. Then, afterwards, Wendy moved to Los Angeles, California to pursue a professional career in the industry! With years of experience in the entertainment industry, along with determination, and talent, Wendy Wilkins is currently rising and has a major new movie in the works called “Alone Today.” Read further to find out the latest news!

Wendy Wilkins has written, directed and is confirmed to be starring in ‘Alone Today’, a feature film with an incredible star-studded cast including Wendy Wilkins, Shannon Elizabeth, Danny Trejo, Erick Roberts, and Frank Whale.

In a recent interview Wendy Wilkins describes the movie as: ‘This movie is inspired by true events from when I was a young cop and shines a light on domestic violence and sex trafficking of children.’

Production Status: ‘Alone Today’ is confirmed to be at the editing stages!

Pretty in Pink! In 2018, Wendy Wilkins published a memoir, following the true story of when she joined the police force in the late 80’s and early 90’s at the young age of twenty-year-old in Melbourne, Australia. The book followers her life and experiences was she ‘discovers many firsts, her first arrest, murder, dead body, love, cop culture and a #metoo moment’… The book is also described to be: ‘A fast paced and entertaining read with some wonderful characters, who just happen to be real. ‘

(2) Wendy was adopted and reconnected with her birthparents. She also has an extended family of 20 nieces and nephews.

(3) Dramedy is one of her favorite acting genres!