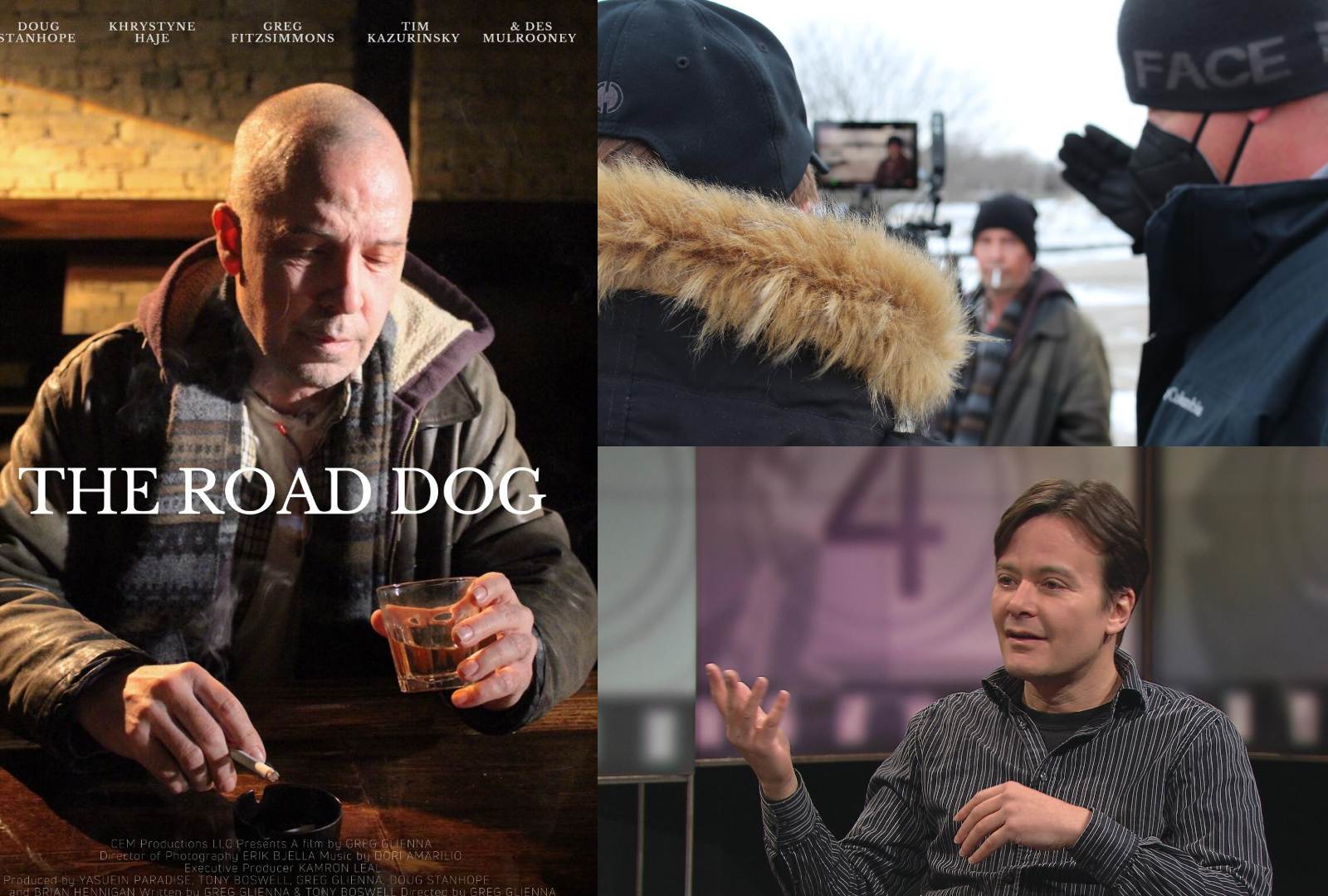 Greg Glienna is a multi-talented director, writer, actor, producer, and singer with a lengthy and respected career in the entertainment industry! His work has been acquired by Hollywood’s top production companies including Warner Bros.and Universal. Greg Glienna is most known for writing and directing the original  “Meet the Parents”, which was remade into a multi-million dollar franchise, America’s favorite comedy, “Meet The Parents”!

Greg has also directed and written Desperation Blvd and Relative Strangers starring Danny DeVito and Kathy Bates. Greg Glienna has some amazing projects currently in the works, read below to find out the latest news and more!

Greg Glienna Talks His Motivation Behind the Entertainment Industry:

Greg Glienna has written, directed and co-produced a new feature film called “The Road Dog“! The film, which is currently in post-production status, is a drama/comedy genre film starring actor Doug Stanhope as an alcoholic standup comedian, who gets a second chance in life when he reconnects with the son he’s never known.

EXCLUSIVE INSIDER: Greg, you have a new comedy – drama film “The Road Dog”. Can you give us a little insider on the making of the film and your experience on set ?

“This was exciting for me because it was the rebirth of my company CEM Productions LLC. I last used this company when I directed the low-budget, independent version of Meet the Parents,(which was seen and brought to Universal by Steven Sodgerberg and remade into the film the world knows.)

It’s always great to shoot in Chicago as well, people are friendly about taking over their establishments and THE ROAD DOG required winter scenes, so shooting in LA was not an option. We had a little trouble, our first producer came down with COVID and was hospitalized but we had a great Executive Producer (Kamron Leal), strong producers (Yasuein Paradise, Tony Boswell, Brian Hennigan, Doug Stanhope) and a hard working crew!!!!!!

I’m really happy with how the film is looking. I couldn’t have done it without them.

Doug Stanhope is going to surprise a lot of his comedy fans with what a GREAT actor he is. I hope his performance is recognized by the industry. We plan to have a World Premiere of The Road Dog in a film festival, TBA.”

(1) Greg is a very talented classical singer with an amazing voice! He wrote and sang the closing credits for The Road Dog.

(3) Greg has written music for every film he’s directed including, a duet between Kathy Bates and Danny DeVito in the film “Relative Strangers.”