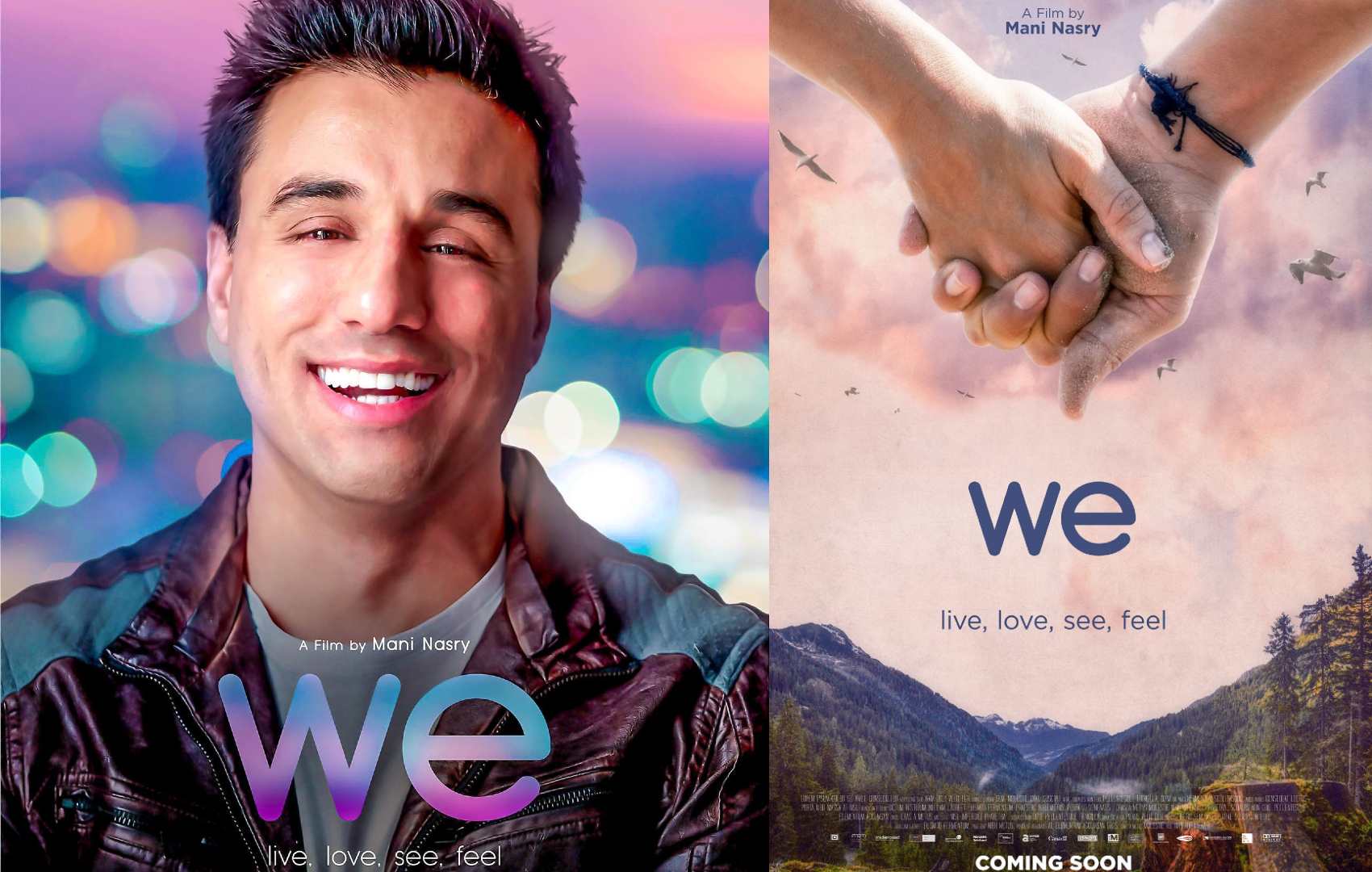 Mani Nasry is a multi-talented film producer, director and actor. Mani is known as leading actor for his recent role in the film We ( 2021). The recently released film is touching on subjects of immigration, Equality, Diversity and Unity. The cast of the film includes leading characters with Afghan, Iranian, Venezuelan backgrounds who portray these roles and have had related personal real life experience.

RELEASE OF ‘WE’ GAINS RECOGNITION & SUCCESS IN FILM FESTIVAL !

Afghan film director Mani Nasry’s first feature film ‘We’ has joined the international film festival circuit and has provided to be a bona fide success. The film has been screened at several highly distinguished festivals around the world. The Desert Edge Global Film Festival awarded Mani Nasry with Best Leading Actor in a motion picture. The film was screened in Germany, Italy, Nigeria, Russia, India, Canada, US and many other countries. It is now available on Amazon Prime, Google Play, Vudu, Itunes, Apple TV.

READ MORE ABOUT THE CHARACTERS & FILM

This film is based on 5 leading characters who have escaped turmoil. Lets follow the characters:

The film follows a character by the name of Ethan… except his name isn’t really Ethan, it’s Ahmad – he is hiding his true identity. He has lived a lie and has lost his identity, he doesn’t know who he is and why his relationships are not working and he’s trying to find himself. Set on filling an emptiness left by the death of his parents years ago, Ahmad can’t seem to find that one connection we all desire. His dad was bombed in Afghanistan and his mom committed suicide. Ahmad is a little lost after being torn away from Afghanistan because of the war. Losing touch with his culture and religion, he doesn’t know if he should marry a Muslim girl or a Canadian girl. The film shows the beauty of Canada, and of individual cultures and religions, but exposes the complexities when they come together.

Sahar a girl who is Iranian escaped with her family to Canada in order to receive better educations and freedom of expression, woman rights and escaping the political climate but Sahar finds very difficult to maintain her culture and religion in Canada. As Ethan, she is considered as the other, as an outsider. They found a place but not a home.

Gabriela is from Venezuela and so is the leading character Humbery Gonzalez in the film. Escaping food shortages, hyperinflation, a collapsing economy, disease, and violence in Venezuela, Gabriela’s family moved to Canada to forge a better life only to find their parents going through a divorce and not accepting outsiders into their homes.

Samantha who is Jewish, does not oppose dating Ethan even though he is Muslim. She welcomes everyone unlike the country who taught of her as the Unwanted People.

Kay played by Cory Lee, represents the beauty of Canada. In the film she is a positive, optimistic go-getter. She does not pass judgment of people skin tones or religion.She does not ask about income status or where one is born in order to love. She sees earth as place for everyone without borders.  Her parents married for 40 years, proved that people of different ethnicities can come together to form a unifying whole.

MOTIVATION IN FILM & BEHIND THE MAKING

Mani Nasry is a a Multi-Talented Actor, Producer, Director, and Writer continuously making his mark in the entertainment industry from starring In the film ‘Glow’ ft Portia De Rossie to having numerous roles lined up as well as with awards such as ‘ Best Leading Actor’ in the featured film production called We (2021)! All amazing accomplishments! We had an exclusive talk with Mani to find out what really motivates and inspires him to be etc best in his profession

“What motivates me is the ability to change the world, one day at a time. To make people feel wanted, needed, cared for, respected, valued, and appreciated. Our film We gives people of different ethnicity a chance to be the leading characters in a movie. There is a lot of politics and injustice in the industry and that’s one of the reasons I believe we have to create, we have to be the producers, the shakers, the makers of content, and change the narrative. To tell our stories by producing our own content. Yes, it took me 10 years to study acting in New York, Los Angeles, and Toronto, and 5 years to study filmmaking at Ryerson University and another 5 years to make the film but the message is important to the world. The film We breaks barriers between two countries and unites us even though we might be of different religions, backgrounds, or skin tones. What matters is that we are one, we are united, and from the same source. What we do to others we are only doing unto ourselves. Let us be kind and gentle to one another. All we need is our two hands to help others, to serve, to lift others up, to give hope to others, to smile in order to make them feel good about themselves, we are one family helping each other stand strong and tall.”

How can readers follow Mani Nasry on social media?