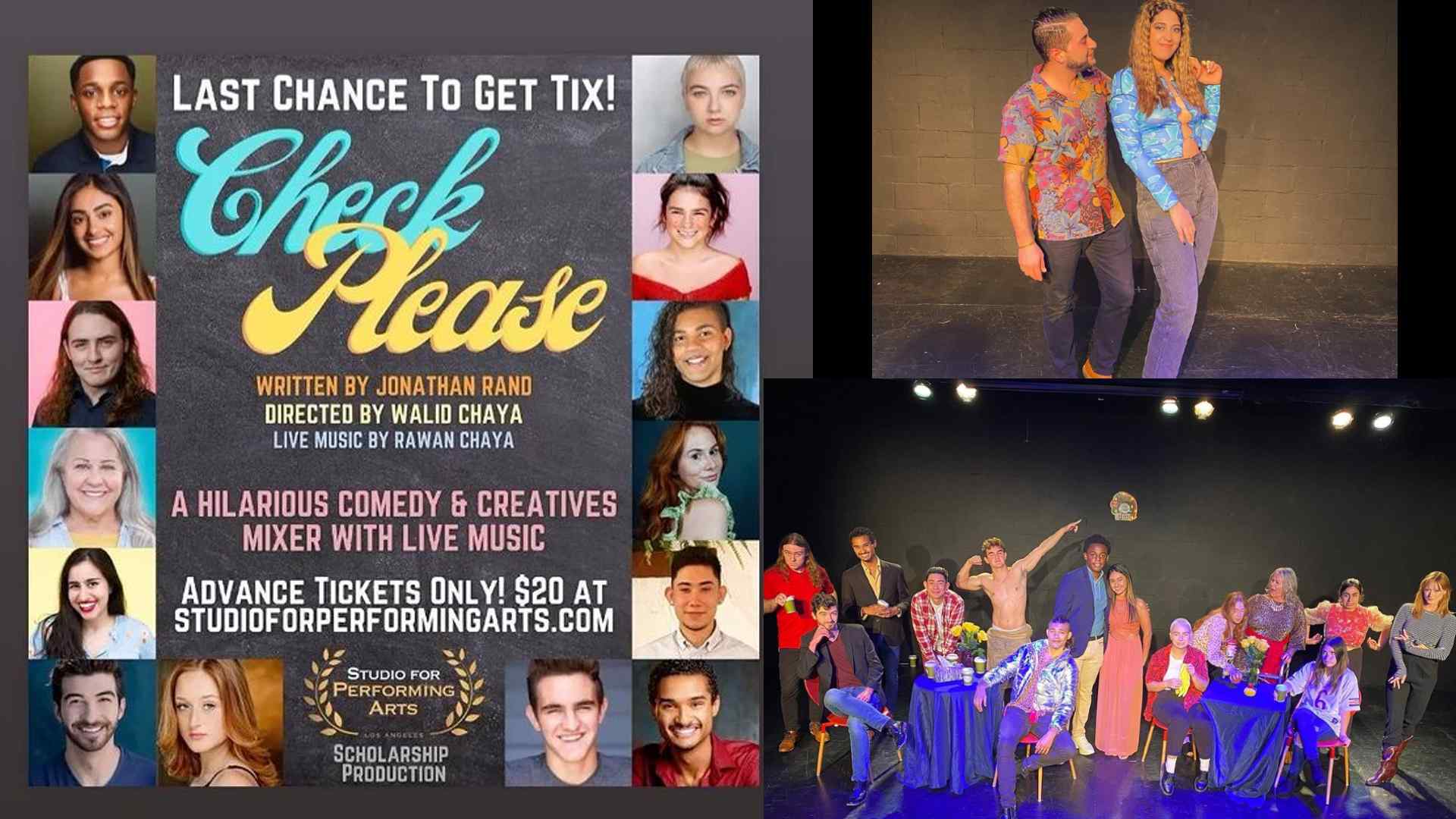 Take a look at official event photos and get your tickets for the 2nd theatrical show on Nov 20 2021!

Check Please, the hilarious comedy theatrical production directed by Director/Actor Walid Chaya followed by an amazing cast of rising star LA Actors has had an outstanding night and sold out show on October 24 2021 at the Zephyr Theater in West Hollywood.

A quick recap of the show written by Jonathan Rand ‘follows a series of blind dates that couldn’t get any worse — until they do….but the question remains if there could be light at the end of the tunnel?”

A successful theatrical production followed by a live performance from talented musical artist Rawan Chaya performing the hit 1989 song ‘Lovesong’ by The Cure!

GET YOUR TICKETS FOR THE NEXT SHOW: