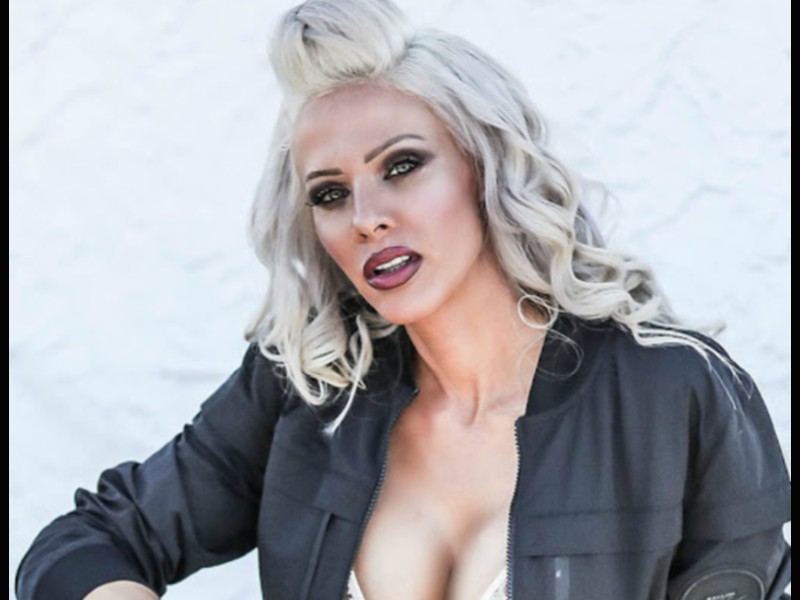 Actress Krista Grotte Saxon is confirmed to be starring in the latest new 90’s horror film ‘Scream Bloody Murder’ . The film is directed by famous vlogger Shawn C. Phillips known for his amazing work in the Horror packed films Ghost Shark and Dead Ant. Krista Grotte Saxon is taking the entertainment industry by storm! She recently had a film released by Lionsgate called ‘The Penthouse’ on April 13, 2021 and now Krista she is onto a new horror flick that will be a must see!

The film written by Will Collazo Jr, and Julie Anne Prescott is a suspenseful horror film about a group of Cheerleaders attending a cheer camp are stalked by a masked murder. Krista Grotte Saxon has officially confirmed by IMDB Filmography that she is going the film with the its amazing cast that includes Scout Taylor Compton and James Duval! IMDB has labeled the film in post-production status and we cant wait until it comes out!

SPEAKING OF HORROR FILMS & HOLLYWOOD: YOU HAVE TO CHECK OUT KRISTA GROTTE SAXON’S LATEST YOUTUBE CHANNEL

Krista Grotte Saxon is giving you the latest on Hollywood, True Crime Gone Wild, Amazing Pole Narrations, and the most famed crimes in the entertainment industry that will leave you shocked! Krista goes deep into the real life horror stories including Black Dahlia, Old Lady Killer, the story of Aileen Wuornos played by Charliez Theron and many more. Watch HERE Krista’s channel is titled Silver Screen Queen.

Krista Grotte Saxon is the owner of Quiet on Set and Action and known for her role and executive producing the hit 1.3 Million hit film ‘Nations Fire’ , critics loved the movie

CHECK OUT THE RED CARPET PREMIER OF NATIONS FIRE